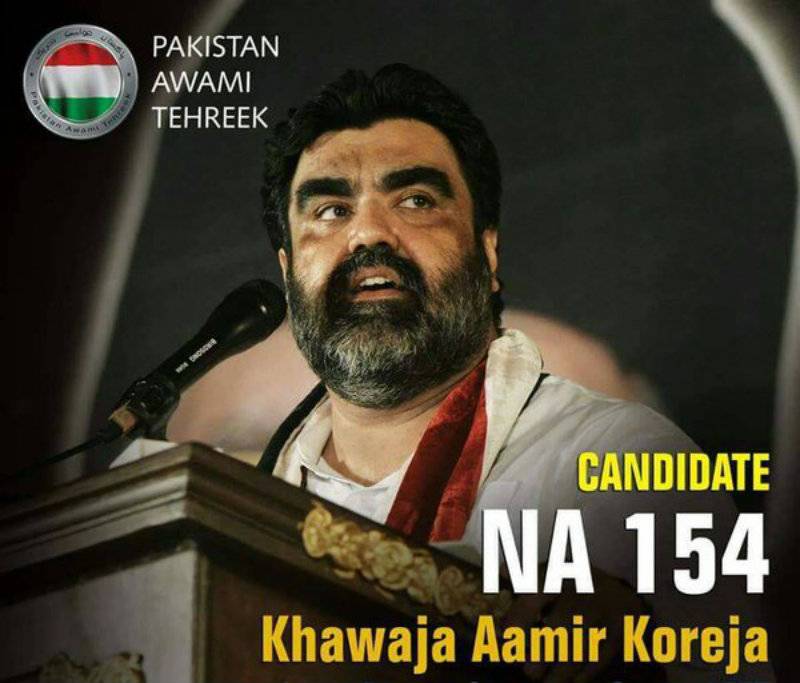 Aamir Koreja stated in a video message that he was removed from the party through a conspiracy adding that PAT’s anti-government movement could not be successful until a group under the leadership of Khuram Nawaz Gandapur remained operational in the party.

Koreja said that party members who were loyal to PAT, including Raheeq Abbasi, Hanif Mustafavi, Sheikh Zahid Fayyaz and others were removed from the party. He urged PAT chief Dr Tahirul Qadri should take notice of the issue.