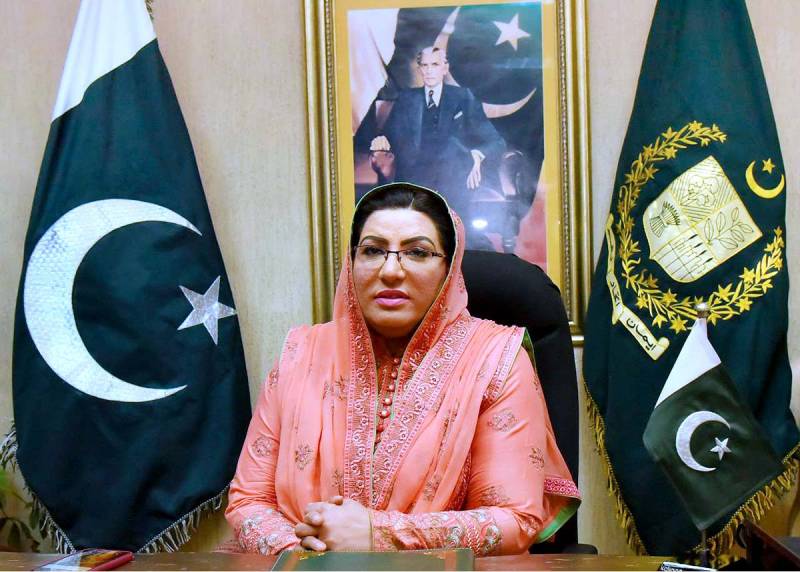 ISLAMABAD - Prime Minister Imran Khan has directed that a briefing should be arranged for journalists to clarify the controversy regarding the latest ordinance issued to write off around Rs208 billion.

Special Assistant to the prime minister on Information, Dr Firdous Ashiq Awan said that the matter regarding Gas Infra­structure Development Cess (GIDC) was discussed in the cabinet meeting today as well.

She said the prime minister expressed his displeasure over a campaign to malign the government, confirming that he had directed to arrange a briefing to disseminate government's point of view.

Talking to newsmen alongside Awan, Petroleum Minister Umar Ayub said that the government was not giving any sector unauthorized concessions.

The minister said that the government has helped resolve the issue of GIDC, adding that it will help gain RS45 billion annually.

Omar Ayub Khan said the ordinance has been brought with complete transparency and the representatives of the Ministry of law, petroleum and finance were present in meetings held in this regard.

He said no free lunch is being given to any industry or sector through this measure.

Omar Ayub Khan said the government strongly believes in transparency and will not take any step against the public interest.

He said the amount waived off will be used by these companies for developing and improving infrastructure.

He said in total there are seven beneficiary fertilizer companies, of which two have already availed the facility during PPP tenure.

All of these are public limited companies and are fully audited. The Minister said GIDC was instituted by the then government in 2011, Radio Pakistan reported.

Moreover, Special Assistant to the prime minister on Petroleum Nadeem Babar said that the companies which received the GIDC, will not get any concession.

The government waived off approximately Rs208 billion in GIDC through a presidential ordinance with effect from August 28.

Under the ordinance, industrialists, owners of fertilizers, CNG and Captive Power Plants, K-Electric, Gencos and Independent Power Producers (IPPs) will pay half cess of the amount collected from May 22, 2015 to December 21 2018.

The ordinance also has reduced to zero the rate of cess for textile, carpet, leather, surgical and sports industries and the captive power plants.

Omar Ayub had said on Monday that the fertilizer industry will have to submit to a forensic audit to determine if it had collected GIDC from farmers.

The minister said if the industry had collected GIDC, it would have to refund such amounts to the farmers through future price adjustment or surrender these amounts to the government treasury.