Give India another chance for Kulbushan lawyer, IHC to Pakistani govt 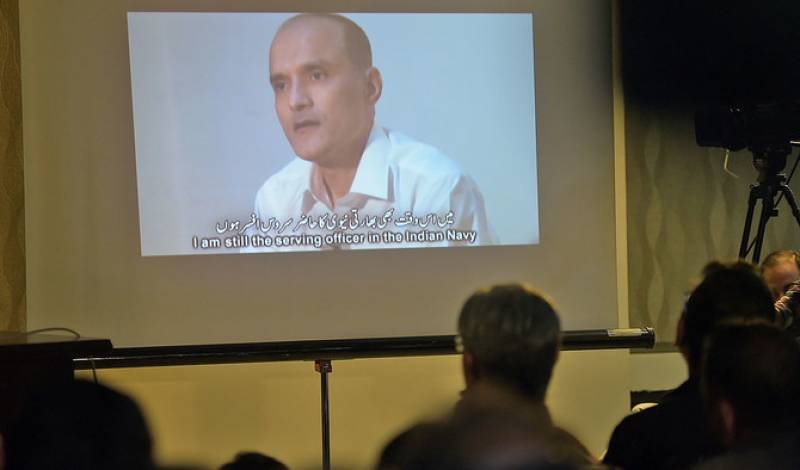 ISLAMABAD – The Islamabad High Court (IHC) has ordered the federal government to give another chance to India to appoint legal representative for its spy, Kulbhushan Jadhav, who is on death row in Pakistan.

A larger bench led by IHC Chief Justice Athar Minallah on Thursday passed the order after hearing arguments of the case.

As the proceedings commenced, the Attorney General for Pakistan said that the country allowed counselor access to India as per International Court of Justice. But, he added, “India did not respond to Pakistan’s offer to appoint lawyer for the Indian spy.”

He further said that the Indian foreign ministry has yet to respond in this regard.

The next hearing is adjourned until Oct 06.

On July 22, the Pakistani government had filed a petition in the high court seeking appointment of a lawyer for Jadhav, who has refused to file plea against his sentence. The petition has named the defence secretary and Judge Advocate General Branch GHQ as respondents.

The RAW agent, who was involved in several terrorist activities in Pakistan, cannot appoint lawyer in Pakistan without assistance from India, the petition read.

"India is also reluctant to avail the facility under the ordinance. Therefore, in the national interest, the court should appoint a legal representative on behalf of Kulbhushan. The court should order so that Pakistan's responsibility is fulfilled as per the decision of the International Court of Justice," the petition further stated.

On July 17, 2020, Pakistan decided to grant third consular access to Indian spy Kulbhushan Jadhav, who was awarded death sentence by a military court in the country on April 10, 2017.

Jadhav, a serving commander of Indian Navy associated with Indian spy agency Research and Analysis Wing (RAW), was arrested on March 3, 2016, from Balochistan on the charges of espionage and terrorism.