SC to give verdict in constitutional amendments case on Wednesday 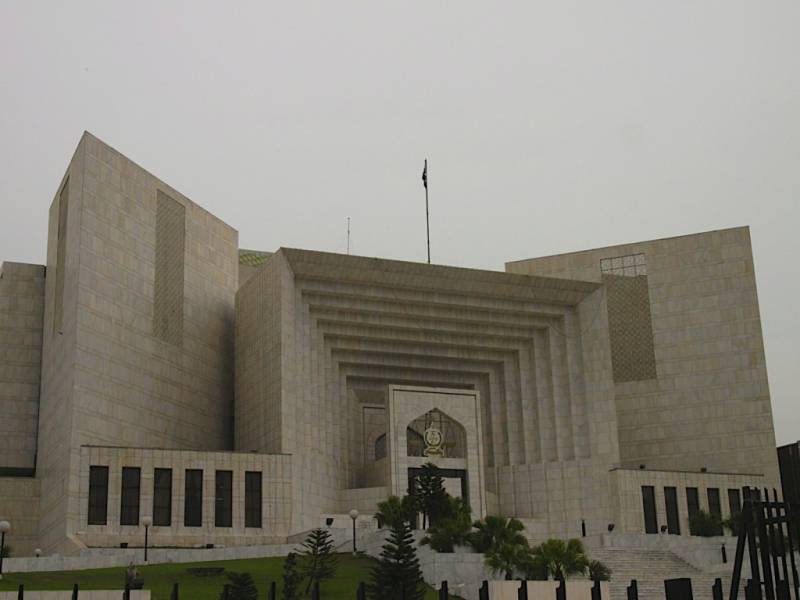 ISLAMABAD (Staff Report) – The supreme of Pakistan will announce reserved verdict in a case related to 18th and 21st constitutional amendments on Wednesday, reported local media.

The case was heard by a seventeen member bench headed by Chief Justice Nasir-ul-Mulk and decision was reserved on June 27 upon completion of arguments by legal counsel of all parties.

Earlier the apex court conducted joint hearing of 35 constitutional petitions which sought dismissal of 18th and 21st amendments in constitution. Both of the amendments respectively deal with provincial independence and establishment of military courts to try terrorists. The process of appointment of judges in higher courts was also challenged in the petitions.

All parliamentary parties had collectively introduced an amendment in state constitution to allow military courts to hear terrorism related cases in January this year following a deadly militant attack on a school in Peshawar on December 16 last year that resulted in death of around 140 students.