World Cup 1992 Champions to be invited to Imran Khan's inauguration 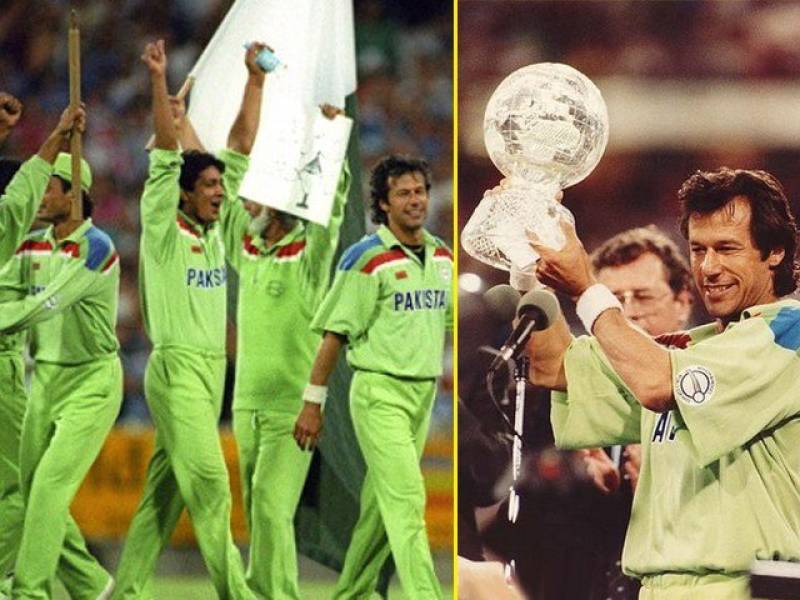 ISLAMABAD - The champions of 1992 World Cup will be invited to the oath-taking ceremony of Pakistan Tehreek-e-Insaf (PTI) Chairman Imran Khan on August 13, according to a party leader.

PTI’s Senator Faisal Javed took to Twitter on Saturday to share that the players who lifted the World Cup in 1992, “will be invited to Skipper's Oath Taking Ceremony”.

Khan, who is set to become the country’s new prime minister, may take oath of the office on 14 August. Pakistan Tehreek-i-Insaf (PTI) emerged as the single largest party in the 24 July elections, winning 116 National Assembly seats out of the contested 270 parliamentary constituencies.

Khan, 65, had earlier expressed his desire to take the oath of office on August 11.

The PTI had initially planned to invite several foreign personalities including Bollywood superstar Aamir Khan and Indian cricket legends Kapil Dev, Sunil Gavaskar and Navjot Singh Siddhu to the swearing-in ceremony. But decided against it later.

In earlier discussions with the Pakistan Foreign Office, PTI leaders were told that extending invitations to heads of state was "a sensitive matter".

The final of the 1992 ICC Cricket World Cup was played at the Melbourne Cricket Ground, Melbourne on 28 June. The match was won by Pakistan under their captain Imran Khan who defeated England by 22 runs to lift their first ever World Cup trophy.