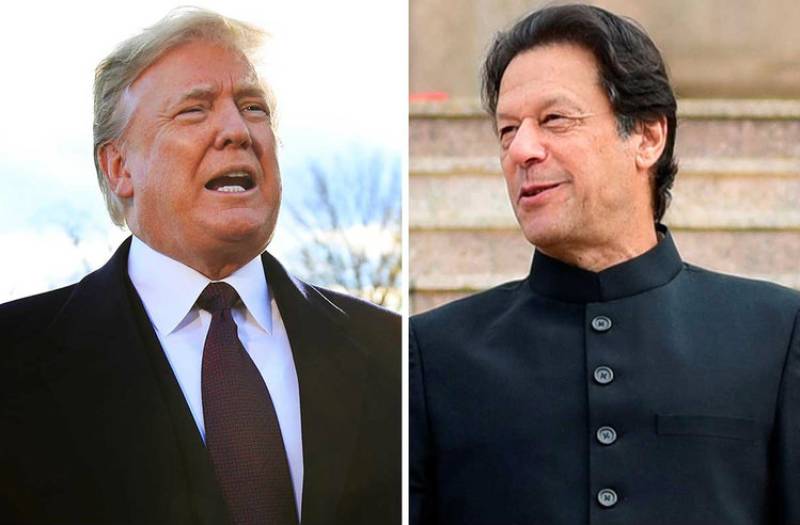 Khan will be visiting Washington on the invitation of Trump, Faisal said at a press conference, adding that during the visit the focus will be on further improving the ties between the two countries.

It will be Khan's first trip to the US since assuming power following the Pakistan Tehreek-e-Insaf's victory in the 2018 general elections. Relations with Washington have been tense since then, with Trump cutting off aid and accusing Pakistan of failing to do enough to fight terrorism.

The FO spokesman, in his weekly briefing, said the visit is aimed at "refreshing bilateral relations."

The confirmation of the meeting between the two leaders comes after the US State Department on Tuesday designated the Balochistan Liberation Army (BLA) as a global terrorist group, paving the way for similar actions by the UN and other states.

Days ahead of the meeting, the top 13 leaders of the banned Jamaat-ud Dawa (JuD), including its chief and Mumbai terror attack mastermind Hafiz Saeed, were booked in nearly two dozen cases of terror financing and money laundering.

Washington has long been frustrated with Pakistan, accusing it of harbouring the Taliban and other militants who operate in Afghanistan. Islamabad denies the allegations, pointing to the staggering cost of its war against homegrown extremists.

Relations appear to have improved since Pakistan lent its support to US-Taliban peace talks that began last year.