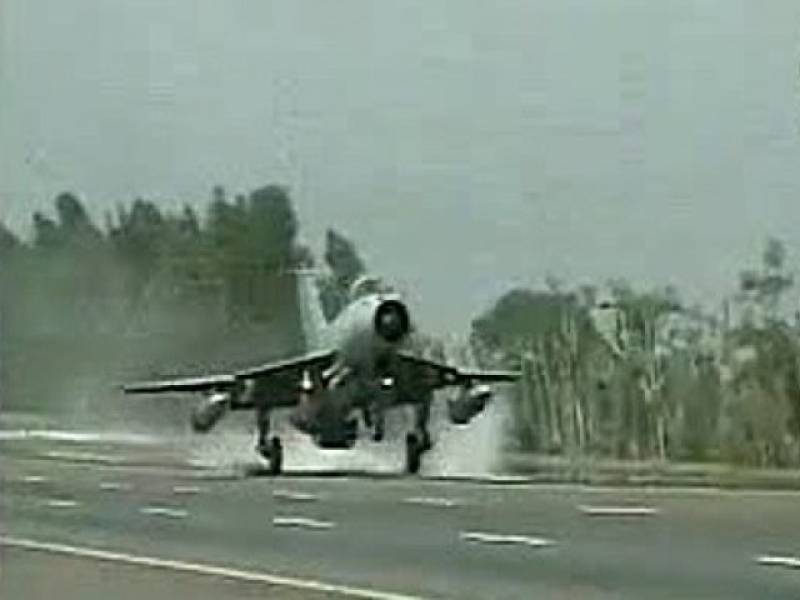 DERA ISMAIL KHAN (Web Desk) – As many as two people died as a trainee plane of Pakistan Air Force (PAF) crashed in the nearby area of Dera Ismail Khan, media reports said.

The PAF spokesperson confirmed the incident in a brief statement issued to the media. "A trainee Mirage plane has crashed during a regular flight".

The search for the plane's pilot is underway and an inquiry to probe the accident has also been ordered, he added.

The incident took place in Miran area of Tehsil Parwah in Dera Ismail Khan, during heavy rain,  the reports claimed.

Rescue teams and law enforcement agencies immediately reached the spot of the incident.

The damage caused by the incident is yet to be verified by PAF officials.