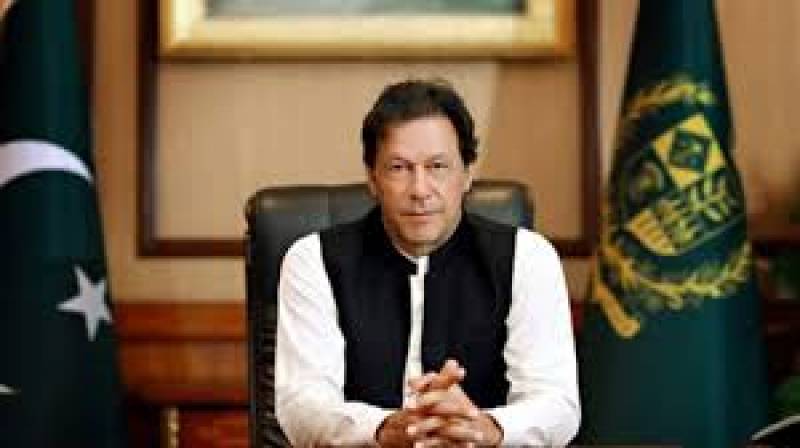 In a couple of tweets, the premier said that his government has amicably resolved the Karkey dispute in which a penalty of $1.2 billion was imposed on Pakistan by the International Centre for Settlement of Investment Disputes (ICSID).

I want to congratulate the government's negotiating team for doing an excellent job in achieving this. https://t.co/B03qgr1gDv

Earlier this year, Pakistan Tehreek-e-Insaf (PTI) leader and senior lawyer Babar Awan had predicted that the $1.2 billion penalty that Pakistan has to pay to Karkey is likely to be waived.

“International institutions, through high-level backdoor contacts, have agreed to waive off the penalty,” said Awan in a presser.

Last year, the ICSID had asked Pakistan to pay $760 million along with interest to Karkey Karadeniz Elektrik Uretim, the Turkish ship-based energy firm, after it filed arbitration claims against the country under the Bilateral Investment Treaty, Pakistan Today reported.

Following the decision, Karkey went to the US, the UK and Germany for enforcing the court’s ruling.

Pakistan’s assets abroad were at major risk of being taken over as security to enforce the international court’s verdict, which could have huge financial implications for the country.

In June 2019, Islamabad had decided to open an escrow account in a European bank for depositing $50 million in partial security while seeking an extension of stay in enforcement of the international court’s verdict.

Karkey was one of the 12 rental power companies awarded contracts for electricity production by the Pakistan People’s Party-led government in 2009.

The Turkish firm installed a 232-megawatt ship-based rental power plant and signed a rental services agreement in April 2009 under the Rental Power Policy 2008 to produce electricity in collaboration with Lakhra Power Generation Company.

In 2012, the Supreme Court of Pakistan took suo motu action against rental power projects, declaring illegal all such agreements signed under the Rental Power Policy 2008.

The apex court also directed the National Accountability Bureau (NAB) to initiate investigation into the projects. The anti-corruption watchdog started probe and prevented the power-producing ship of the Turkish company from leaving Pakistan.

According to NAB, Karkey ship was brought to Karachi Port in April 2011 to provide electricity to the national grid under the Rental Power Policy to overcome the energy crisis. However, it failed to generate 231MW as required under the agreement, although $9 million was paid in advance as capacity charges to its management.

The power plant produced only 30-55MW and that too at a cost of Rs41 per unit, which was a serious breach of the contract.

In April 2019, Laeeq Ahmed Sheikh, the key suspect in the rental power plants case who is in NAB’s custody, confessed to have received kickbacks worth $350,000 for brokering a deal between the government of Pakistan and the Turkish company to address the power shortage in the country.