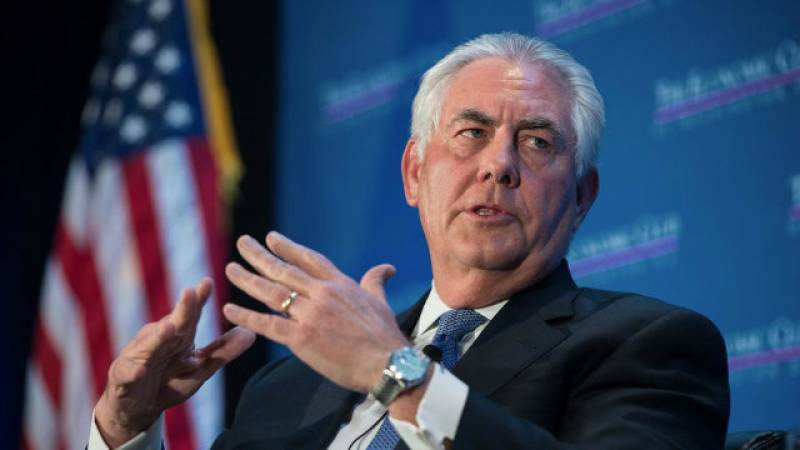 WASHINGTON - US Secretary of State Rex Tillerson has said the relationship between Pakistan and the United States is extremely important.

During a press briefing in Washington on Wednesday, Tillerson explained the “regional context” in which the latest US policy on South Asia was unveiled.

“It is not just about Afghanistan. This is about Pakistan and it’s long term stability as well,” he told the reporters.

The secretary of state also shared his US government’s concerns about the future of Pakistani government which the US government “wants to be stable and peaceful”. “Many of the same issues they (the government) are within Pakistan are our issues so we think there’s an opportunity for us to strengthen our relationship.”

Secretary of State Rex Tillerson comments on the important role of #Pakistan in the region. pic.twitter.com/jCCXibeO2A

“We are going to be working very hard at all levels,” he added.

The United States will try to work with Pakistan on terrorism “one more time”, Mattis said at a House Armed Services Committee hearing, adding, “if our best efforts fail, President Trump is prepared to take whatever steps are necessary."

Mattis said assistant secretaries and national security staff will visit Pakistan to discuss the issue, followed by himself and Secretary of State Rex Tillerson.

The US relationship with Pakistan has ebbed and flowed over the course of the 16-year war in Afghanistan, getting most tense after Trump's August speech outlining his new strategy for South Asia. President Trump said the United States would do more to pressure Pakistan to combat 'terrorist safe havens' in its borders.

Pakistan denies that it provides safe haven to terrorists, and says it has launched operations to clear militant groups from the Waziristan border region with Afghanistan.

Earlier in the day, Foreign Minister Khawaja Asif arrived in the United States on a three-day important visit, where he discussed bilateral relations and situation in Afghanistan and Kashmir with his US counterpart Rex Tillerson and National Security Adviser Lieutenant General H.R.McMaster. The US’s new policy on South Asia also came under discussion. 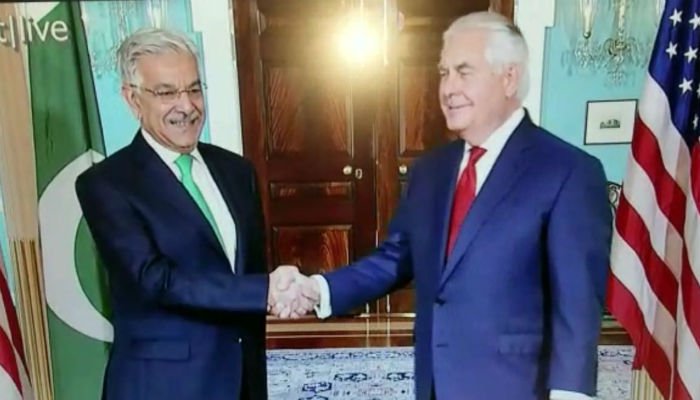 This is the first high-level meeting after Prime Minister Shahid Khaqan Abbasi met with the US vice-president in New York, last month.

The foreign minister will also address a gathering at the US Institute of Peace (USIP), Washington, on Pak-US relations on October 5.

The bilateral visits of Pakistani and American diplomats were scheduled during the recent visit of PM Abbasi to the US.