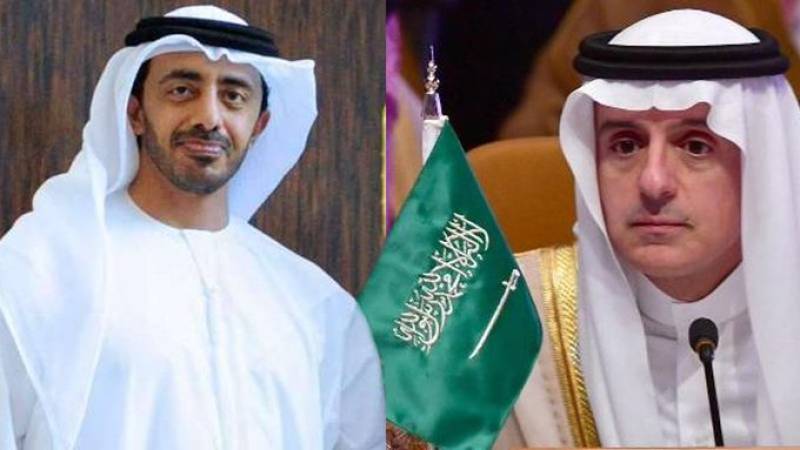 The visiting dignitaries jointly met the prime minister at the PM office and discussed the ongoing crisis in Indian occupied Kashmir and the evolving situation.

The foreign ministers landed in the capital a short while ago and also called on their Pakistani counterpart, Shah Mehmood Qureshi.

Addressing a press conference on Wednesday, Foreign Minister Shah Mehmood Qureshi expressed that there was no confusion regarding the support provided by Saudi Arabia and UAE to Pakistan after his meeting with the visiting ministers. 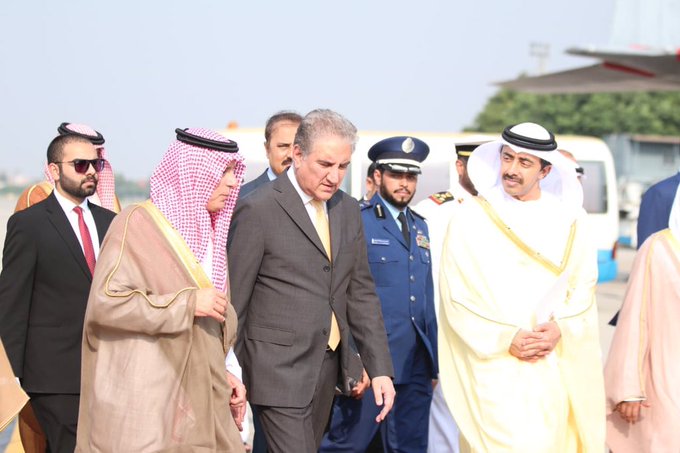 Pakistan and Saudi Arabia share a different kind of association with one another and there can be no comparison about the intensity and effectiveness of strategic ties between the two countries, Qureshi said.

The foreign minister said Pakistan desires Organisation of Islamic Cooperation (OIC) to play its role, adding that he was much more satisfied after the recent meeting with the visiting ministers.

I have informed the foreign ministers of Saudi Arabia and the United Arab Emirates about the situation in occupied Kashmir, Shah Mehmood Qureshi said.

The observers of the Human Rights Council in Geneva would also coordinate with Pakistan, Pakistan's foreign minister added.

The remarks came as India repealed the special status granted to occupied Kashmir last month and imposed a curfew in the valley.