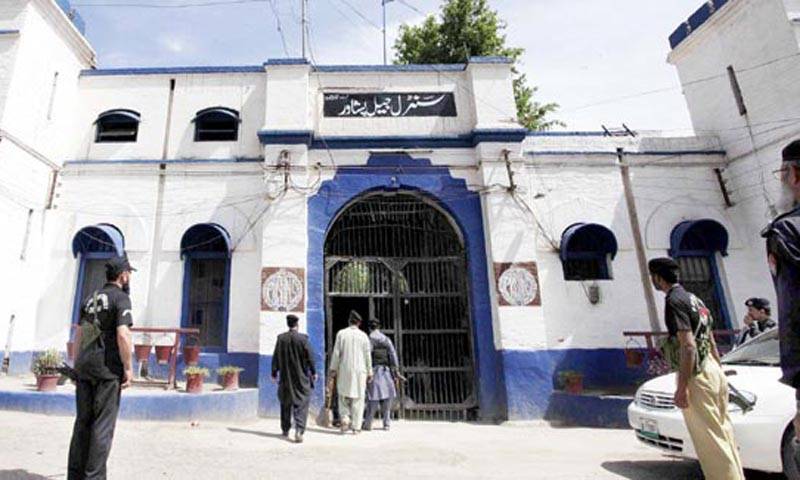 PESHAWAR (Web Desk) - Hamid Nehal Ansari, a convicted Indian prisoner, suffered injuries after being beaten by other inmates in the Peshawar Central Jail, his lawyer told a Peshawar High Court bench on Thursday.

Masoodur Rehman, Superintendent Jail, confirmed the incident but insisted the injury is of minor nature and such types of incidents often happen in prisons", Dawn reported on Friday.

Qazi Mohammad Anwar, the lawyer for the prisoner told the bench consisting of Justice Mussarat Hilali and Justice Qalandar Ali Khan that Mr Ansari, who was serving three years jail term, had been kept in the death cell.

“He (Indian prisoner) can’t be kept in a normal barrack along with other prisoners for the sake of his security,” he said.

Upon this, the court ordered Ansari’s foolproof security behind bars.

The petitioner possessing a fake Pakistani identity card had gone missing after he was taken into custody by intelligence agencies and local police in Kohat district in Nov 2012.

On January the 13th, the high court was informed in reply to a habeas corpus petition filed by his mother, Ms Fauzia Ansari, that Mr Ansari was in the custody of Pakistan Army and was being tried by a military court.

In February, it emerged that the petitioner was convicted by a military court and was shifted to the Peshawar Central Prison to serve the sentence.