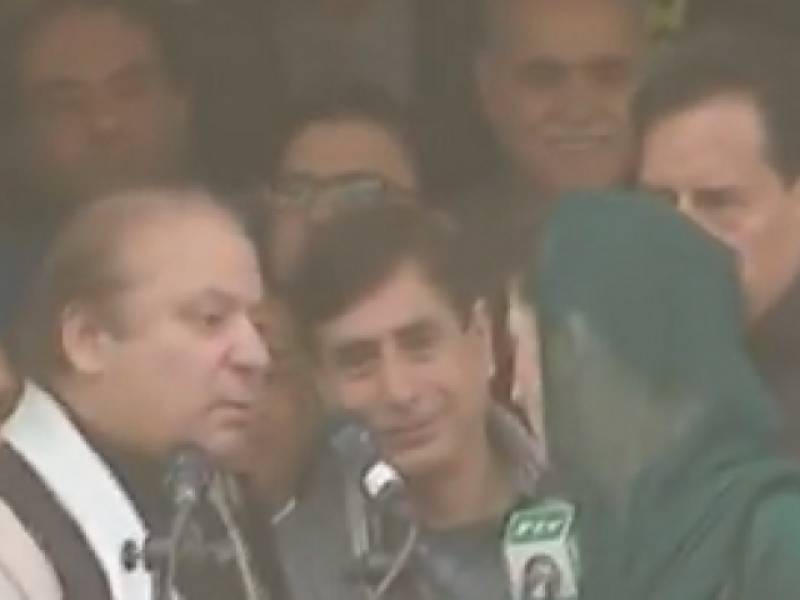 Addressing a public gathering regarding Kashmir Solidarity Day here at the University College ground, he was optimistic that the freedom struggle in Indian Held Kashmir (IHK) will be victorious soon. He claimed that today's public gathering is the biggest gathering in the history of Azad Kashmir as compared to the previous three times public meetings.

The former prime minister said that no court decision can break the bond I have with people of Kashmir, adding his heart beats equally for Pakistanis and Kashmiris. He also condemned Indian aggression in occupied Kashmir and said the “people of Pakistan stand with you”.

He also prayed that the freedom struggle in Indian held Kashmir achieves victory soon.Coming back to his disqualification, Nawaz said had he not been disqualified, the people of Kashmir would have had justice, jobs, education and other basic social services. “They ruined my plans,” he said and then chanted a slogan: “Respect the vote. Respect Pakistan.”

Nawaz also promised to turn Muzaffarabad into Lahore, vowing a continuous increase in AJK’s development budget. “We will make a four-lane motorway from Muzaffarabad to Mirpur Dina,” adding that a similar project would be constructed from here to Mansehra. “I have been disqualified from Pakistan, but ‘qualified’ for AJK,” he said, asking the AJK premier to utilise his services in the state.

Former prime minister Nawaz Sharif claimed he loves the youth of Azad Jammu and Kashmir (AJK) as much as he loves the youth of Pakistan. The PML-N chief said that he had several plans for AJK’s development that would have eliminated unemployment from the region, but they were all ruined due to his disqualification in July last year.

He also paid tribute to the separatists in India-held Kashmir and lauded their “bravery”. He vowed to stand by the people of Kashmir that were struggling for their right to self-determination. “The brave people of Kashmir are being blinded by the pellet guns used to fire at them,” Nawaz said, referring to incidents of injuries resulting from Indian forces’ use of pellet guns against separatists in Kashmir. “Don’t lose heart! God is with you.”