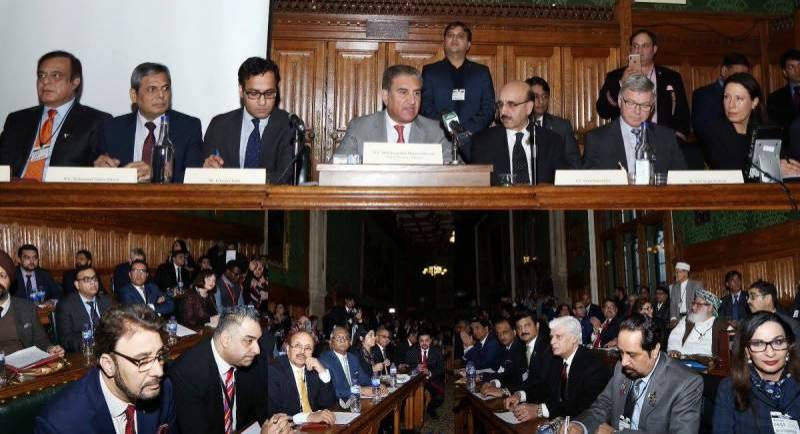 ISLAMABAD – Participants of the international conference on the human rights situation in Jammu and Kashmir held at the Palace of Westminster on Monday urged for immediate resolution of the Kashmir dispute in accordance with the relevant UN Security Council Resolutions.

They also urged the international community, members of the civil society, the UN General Assembly and the Security Council, relevant International Organizations, the OHCHR Geneva, and Parties to the Kashmir dispute to take immediate and effective measures to address the human rights situation in Kashmir, according to a unanimous resolution adopted at the end of conference.

Following is the text of resolution released by the Ministry of Foreign Affairs on Tuesday:

The motion tabled for adoption of a Mission Statement by 11 Members of the British Parliament was also endorsed by the Foreign Minister, Makhdoom Shah Mahmood Qureshi, on his own behalf and on behalf of all the Members of his Delegation.