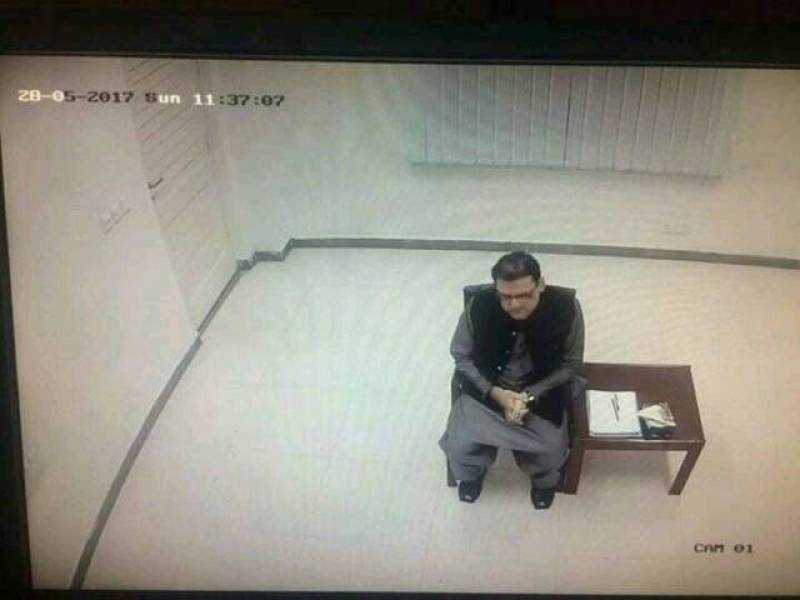 ISLAMABAD - Distancing itself from the Hussain Nawaz's leaked photo controversy, Interior ministry said Monday that it is baseless to blame the interior ministry for leaking of a photograph on social media.

"The security of the judicial academy is the responsibility of the Islamabad police and none of the interior ministry's departments have access to the JIT office or films," the spokesperson of the ministry said in a statement.

"It is inappropriate that people are playing politics on a such a sensitive issue," the statement said.

"According to the same logic, is everything that happens within Bani Gala the responsibility of Islamabad police or the interior ministry too?" the statement said.

Federal Investigation Agency’s (FIA) Additional Director-General Wajid Zia on Monday took notice of the 'leak' and is conducting the inquiry with a question reviewing if the picture is real or not.

Later, the JIT will present its stance before the Panama implementation bench.

The state minister declared the leak an ‘extraordinary’ activity.