Balochistan has right to same facilities as other provinces: COAS Gen Bajwa 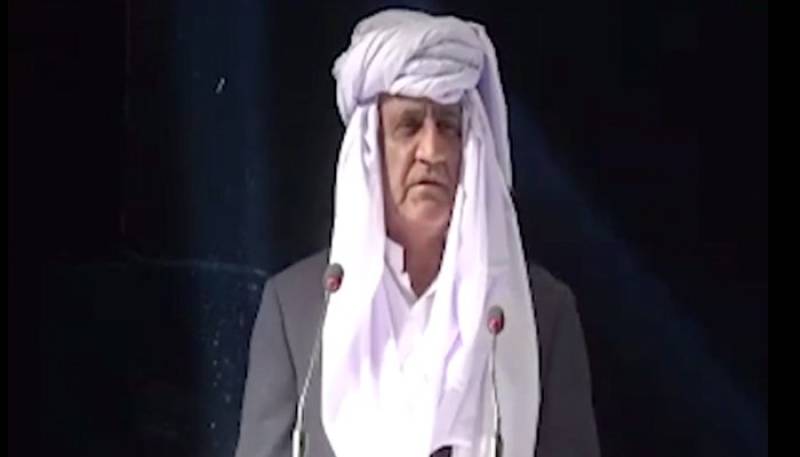 RAWALPINDI - Chief of Army Staff (COAS) General Qamar Javed Bajwa Sunday night said that people of Balochistan have the rights for the provision of similar facilities as in rest of Pakistan, the Inter-Services Public Relations (ISPR) said.

The army chief, who is in Balochistan on two-day visit, attended the concluding ceremony of Makran Festival.  A large number of local residents attended the ceremony

He stated that provision of civic facilities and peaceful environment in less developed areas of Balochistan is a dream coming true. The army chief said that Khushal Balochistan program is aimed at fulfillment of this right.

He added that presence of such a large gathering at this festival is the testimony of the fact that Balochistan is moving towards a peace and prosperity which is future of Pakistan’s progress as well.

At the end of the ceremony, fireworks were also held which added colour to the festive mood of the spectators.

GWADAR - The Chief of Army Staff (COAS) General Qamar Javed Bajwa has laid the foundation stone of UAE and Swiss ...

During his stay at the Frontier Corps headquarters in Turbat, the COAS held meetings with local leaders. Balochistan Chief Minister Mir Abdul Qudoos Bazinjo and Commander Southern Command Lieutenant General Asim Saleem Bajwa and other officials were also present in the meeting.

The Chief of Army Staff would be visiting Awaran today (Monday).