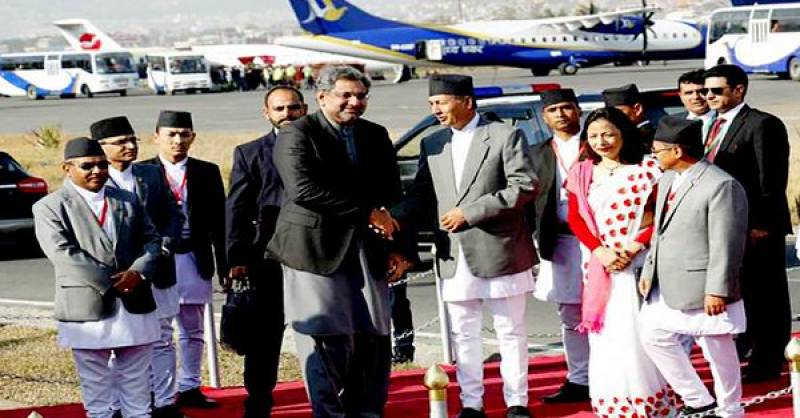 KATHMANDU - Pakistan, and Nepal have agreed to enhance cooperation in political, economic, defence and cultural fields. This understanding reached during a meeting between Prime Minister Shahid Khaqan Abbasi and his Nepalese counterpart Khadga Prasad Sharma Oli in Kathmandu on Monday.

Shahid Khaqan Abbasi felicitated Prime Minister of Nepal on the successful conclusion of the democratic process, resulting in the formation of a new government.

He was received by Nepalese Minister for Finance Yuba Raj Khatiwada upon arrival at Tribhuvan International Airport, Kathmandu.

During his visit, the Prime Minister will also call on the President of Nepal Her Excellency Bidya Devi Bhandari. Prime Minister’s visit will provide an opportunity to further expand and strengthen bilateral relations across all areas of mutual interest including trade, education, tourism, defence and people to people contacts.

Ways of invigorating SAARC as an important regional organization will also be discussed. Nepal is an important regional country and Pakistan's ties with Nepal are characterized by cordiality, mutual respect, and commonality of interests. The two countries also support each other at bilateral and multilateral fora.