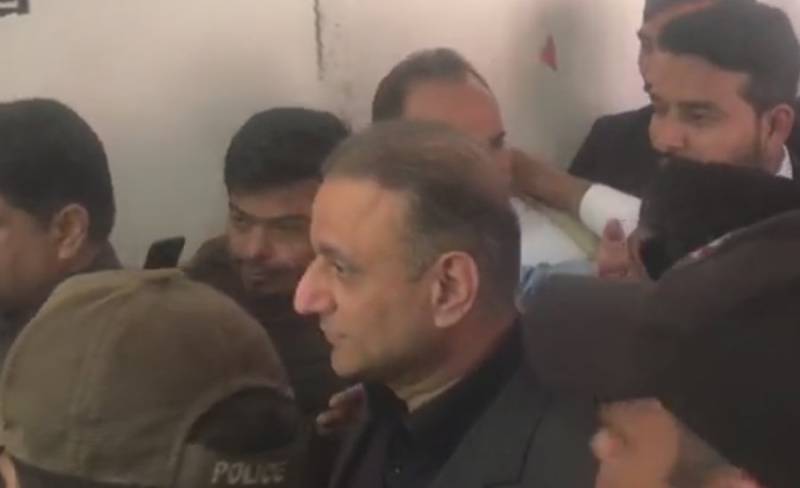 The PTI leader was produced before an accountability court in Lahore on Tuesday for owning assets beyond known sources of income. Accountability Court Judge Najam ul Hassan held the hearing of the case.

Aleem Khan’s counsel argued that there is no need for his client’s physical remand.

The former Punjab minister for Local Government had revealed his offshore companies in his tax returns. All of the records were submitted to the National Accountability Bureau (NAB) but there are no fresh investigations.

The accountability court then rejected NAB’s appeal to extend Aleem Khan’s physical remand and sent him to jail on judicial remand for 15 days.

Aleem was arrested on February 6 for owning assets beyond his known sources of income and offshore companies. NAB had summoned the PTI leader in an ongoing probe against him and taken him into custody when he appeared at the accountability watchdog's office in Lahore.

Following his arrest, the anti-graft watchdog had issued a statement stating his arrest was made in light of the Panama scandal investigation.

A NAB spokesman said that Aleem misused his authority as a lawmaker for his Parkview Housing Society. Aleem also has assets beyond his means in Pakistan and overseas, the spokesman added.

The former provincial minister is also accused of forming A and A Company to acquire 1,500 Kanals in Lahore and its outskirts.

The accountability bureau spokesperson said Aleem did not provide a satisfactory response on the acquisition of this land.

NAB stated that during his 2005 and 2006 visit to UAE and UK, Aleem Khan made several offshore companies.

Soon after his arrest last month, Aleem had resigned as the minister and sent his resignation to the provincial chief minister.