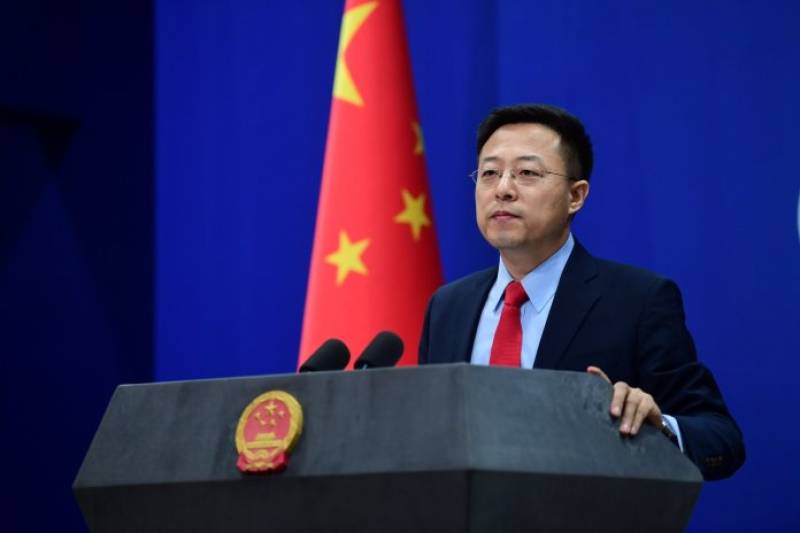 BEIJING - China on Thursday rejected the claim that the industrial autoclave seized on the Chinese ship by India could be used for the military purposes, saying it was actually a heat treatment furnace shell system and not a dual-use item under non-proliferation and export regime.

“After seeking the information, we know that this item is actually a heat treatment furnace shell system produced by a Chinese company in China. This is not for military use and it is not a dual-use item under non-proliferation and export control,” Chinese Foreign Ministry’s Spokesperson Zhao Lijian said during his regular briefing.

He was responding to a question about the Chinese merchant vessel Da Cui Yun, carrying an industrial autoclave, seized recently by Indian customs officials at Deendayal Port, formerly known as Kandla Port.

Zhao Lijian remarked that the Chinese merchant ship and its owner had declared the item truthfully beforehand to the Indian authorities. “So there is no concealment or false declaration.”

Rejecting the Indian claim that the industrial autoclave could be used for “manufacture of a very long-range ballistic missile or satellite launch rocket”, he said as a responsible country, China had been strictly fulfilling the international non-proliferation obligations and international commitments.

The Indian media had reported that experts at India’s Defence Research and Development Organisation (DRDO) confirmed that the industrial autoclave seized from the Chinese ship could be used for the “manufacturing very long-range ballistic missiles or satellite launch rockets”.