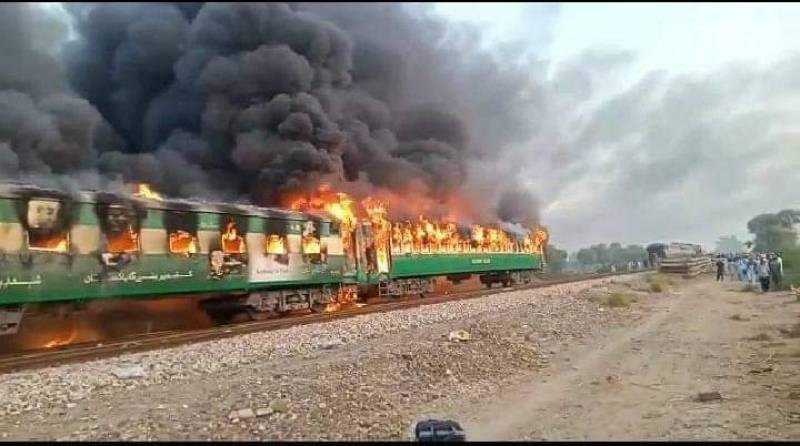 The railway officials said that the incident occurred when a gas cylinder – apparently brought on board by passengers – exploded. However, eyewitnesses claimed the fire was caused by a short circuit in the train.

The inferno swept through Tezgam as the train reached near Liaqatpur city in the Southern Punjab district of Rahim Yar Khan, according to PR.