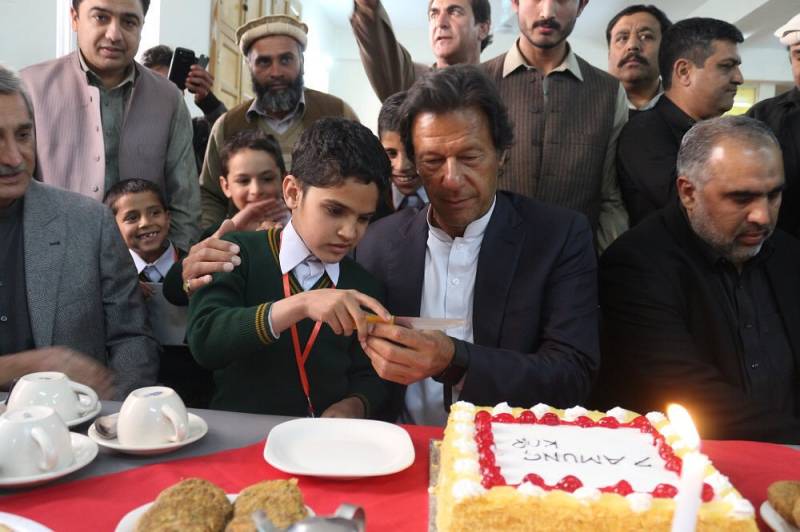 Born on October 5, 1952, Imran Khan rose to fame as a cricketer and is regarded world-over as the greatest cricketer to emerge from Pakistan. He was the captain of the Pakistan national cricket team, which he led to victory in the 1992 Cricket World Cup.

Khan retired from cricket in 1992 as one of Pakistan’s most successful players. In total, he made 3,807 runs and took 362 wickets in Test cricket, and is one of eight world cricketers to have achieved an ‘All-rounder’s Triple’ in Test matches. He was later, in 2010, inducted into the ICC Cricket Hall of Fame.

On the other hand, Imran’s political stint started in 1996 when he founded his party Pakistan Tehreek-e-Insaf (PTI). He ran for the seat of National Assembly of Pakistan in Pakistani general election, 1997 as a candidate of PTI from two constituencies - NA-53, Mianwali and NA-94, Lahore - but was unsuccessful and lost both the seats to candidates of PML (N). In 2013, he formed a government in Khyber Pakhtunkhwa, and led his party in the opposition in Punjab and Sindh.

However, in 2018 Imran-led PTI won the maximum number of seats in the national and provincial assemblies with the Election Commission of Pakistan (ECP) announcing that it has won a total of 116 of the 270 seats contested.

He thus ascended the seat as the 22nd and current Prime Minister of Pakistan.

As he turns 67 years old today, wishes are pouring in on social media:

3807 runs and 362 wickets in 88 Tests 👏🏼
3709 runs and 182 wickets in 175 ODIs 👌
Third leading wicket-taker for Pakistan in Tests 🥉
A match-winning all rounder ⭐
A @cricketworldcup winning captain 🏆
And our Prime Minister 🇵🇰
Happy Birthday @ImranKhanPTI! pic.twitter.com/igpwxfXNuF

Happy birthday @ImranKhanPTI
You’re a true leader and an inspiration for many 🙏🏻#HappyBirthdaykhanSahb pic.twitter.com/xQrWHIApyc

He is also a founder of the Shaukat Khanum Memorial Cancer Hospital, which he named after his late mother, and the Numl College, Mianwali.