UNHCR chief to arrive in Pakistan on three-day visit 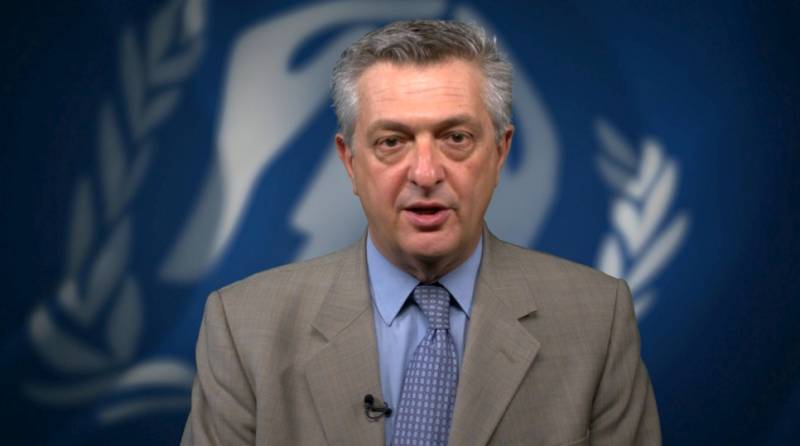 ISLAMABAD: Chief of United Nations High Commissioner for Refugees Filippo Grandi will arrive in Pakistan on Thursday on a three-day visit.

During his visit, the High Commissioner will hold meetings with Pakistan government officials, attend various events, as well as visit Khyber Pakhtunkhwa where he will meet refugees and refugee families returning to Afghanistan, said a press release issued here Wednesday.

The High Commissioner will be accompanied by the UN Under-Secretary-General and Emergency Relief Coordinator, Mark Lowcock and UNHCR’s Director for Asia and Pacific, Indrika Ratwatte.

Before coming to Pakistan, the High Commissioner visited Iran and Afghanistan.

Iran’s efforts to give documents to Afghans in the country are positive and must be supported. They allow better access to health and education services, and greater chances of self-reliance. pic.twitter.com/IqCuHvUjSR