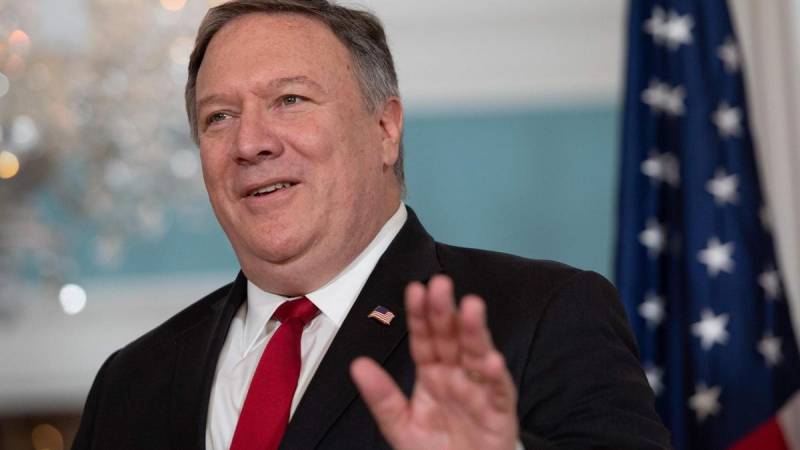 ISLAMABAD - US Secretary of State Mike Pompeo met Prime Minister Imran Khan at the PM House in the high-stakes one day tour.

Mike Pompeo is accompanied by Chairman of the Joint Chiefs of Staff General Joseph Dunford and a four-member delegation, which landed in Islamabad on Wednesday and was received by the foreign minister Shah Mehmood Qureshi upon reaching the Foreign Office.

During the talks at the FO, bilateral, regional and international issues were discussed while FM Qureshi underscored the need to reset bilateral ties on the basis of mutual trust and respect.

Safeguarding Pakistan’s national interests will remain a supreme priority, the foreign office said in a statement.

Earlier this afternoon, Pompeo landed in Islamabad at the Nur Khan airbase and was received by an additional secretary of the Foreign Ministry.

This is the first high-level visit from Washington since the Pakistan Tehreek-e-Insaf (PTI) government assumed office and Pompeo became the secretary of state.

Pompeo is also expected to call on Army Chief General Qamar Jawed Bajwa during his brief stay in the capital, diplomatic sources said.

He is due to visit India on the next stop of his South Asia tour where he is expected to ramp up pressure on New Delhi over its purchases of Iranian oil and Russian missile systems.