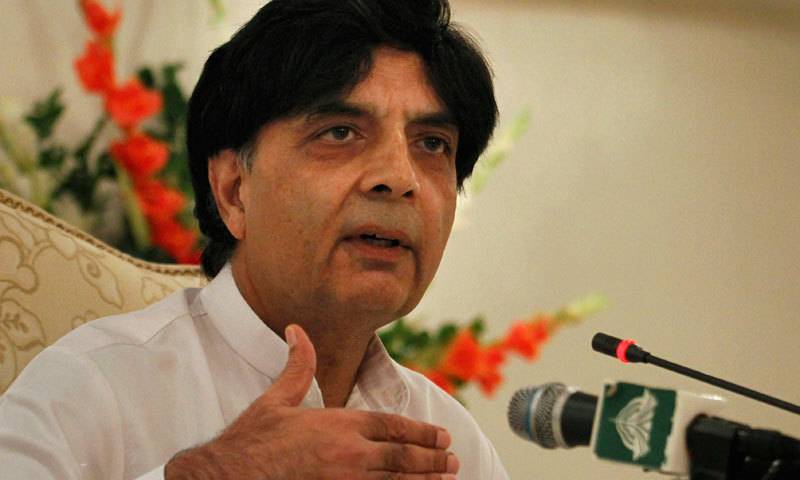 ISLAMABAD (Web Desk) - Interior Minister Chaudhary Nisar Ali Khan has said that the menace of terrorism will be totally eliminated and every drop of bloodshed in terrorism related incidents will be avenged.

In a statement in the National Assembly, he said sufficient progress has been made in the investigation of Shikarpur terrorism incident and identification of masterminds behind the incident has almost been made.

He hoped that the culprits involved in the incident will be brought to justice. He said proactive work on intelligence sharing between intelligence agencies and Federal and Provincial governments are being carried out to combat the menace of terrorism.

Referring to the Peshawar tragedy, the Minister said the government and the nation cannot forget such kinds of heinous incidents. He said there is some sensitive information which cannot be made public as it night hinder anti-terror efforts.

He said perpetrators of the incident were killed on the spot and action against their mastermind across the border is being taken. He said there is complete coordination between Pakistan and Afghanistan in this regard. He assured the heirs of the victims of Peshawar tragedy that the government and the people will not forget the incident.