Mohmand Agency: 5 soldiers martyred in exchange of fire with terrorists 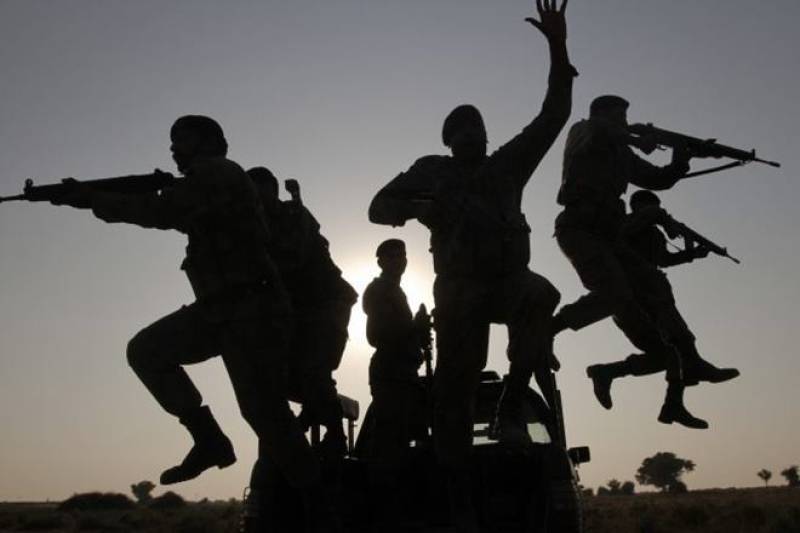 MOHMAND AGENCY - Five soldiers of Pakistan army embraced martyrdom and at least 10 terrorists were killed during an anti-terrorism operation on three border checkpoints in Mohmand Agency on Saturday night, according to a statement issued by Inter Services Public Relations.

The terrorists were killed in the shoot-out.

"Terrorists must be denied freedom of movement along the border," Chief of Army Staff General Qamar Javed Bajwa was quoted as saying in the statement. He lauded the immediate response of the personnel. However, he also expressed grief over the loss of precious lives.

Mohmand, one of the agencies of the Federally Administered Tribal Areas, has been a hotbed of violence during the war on terror. Pakistan army has launched several operations in the agency.