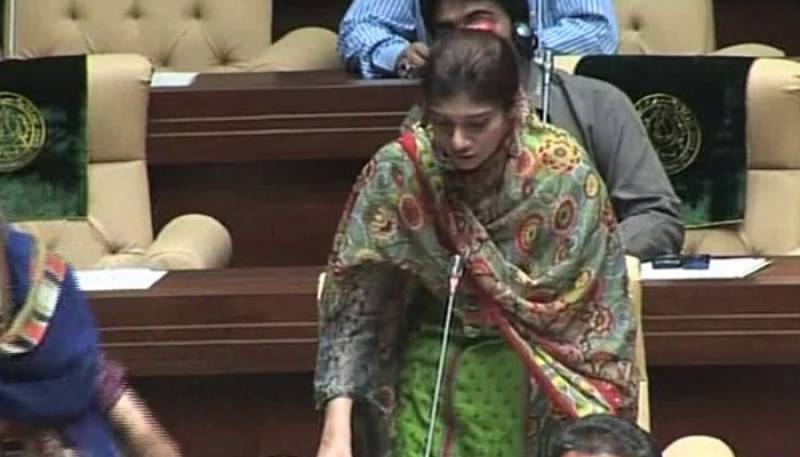 The legislator reportedly took the extreme decision to end her life after being criticised by the party leadership on suspicion of voting a PPP-backed candidate in the recently concluded Senate elections.

Soon after the suicide bid, Shazia was rushed to Abbasi Shaheed Hospital, where she was reported to be in stable condition. MQM-P leadership also arrived in hospital to inquire after her health.

According to Shazia's son, his mother had not attempted suicide, however, her health deteriorated owing to mental strain.

'My mother is now out of danger' said Muhammad Farooq. However, a senior medico-legal official of the hospital, confirmed that Shazia had taken sleeping pill and was in precarious condition when she was brought to the hospital.

Talking to the newsmen outside the hospital, the legislator's father held Farooq Sattar responsible for his daughter's condition.

Shazia is believed to be among the party's six MPAs of the Sindh Assembly who voted for the Pakistan People’s Party (PPP), defying the party line.

Shazia and fellow MPA Naila Munir had released video statements saying that they were frustrated because of the differences in the party and the nomination of Kamran Tessori.