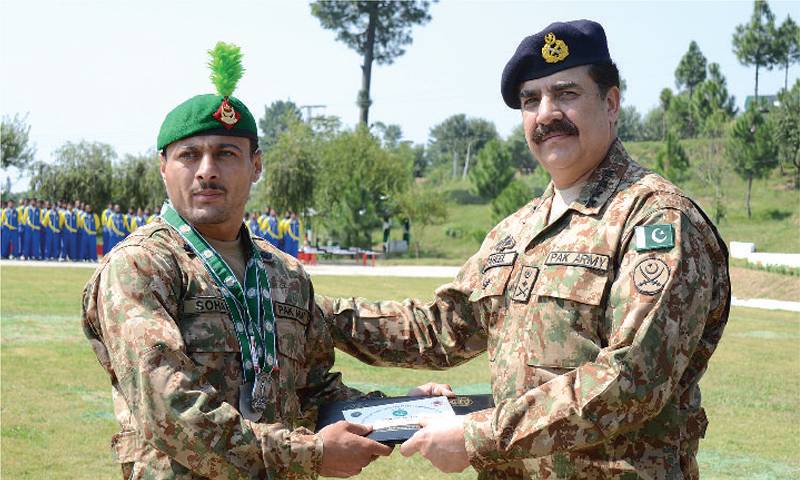 LAHORE (Staff Report) - Chief of Army Staff (COAS) General Raheel Sharif has said that despite modern war technology, the fitness of youngsters is of great importance.

According to a statement released by Inter Services Public Relations (ISPR) on Friday, the army chief said that the youth of Pakistan have shown their remarkable performance in every walk of life including the battlefield and sports.

He was addressing the concluding ceremony of 5th Physical Agility and Combat Efficiency System (PACES) Championship in Lahore, where he lauded the competitions and the capabilities of participants.

The competition commenced on April 27th and concluded on May 6th in Ayub Stadium of Lahore.

In the physical competitions, Rawalpindi corp’s team secured first position while Karachi team has bagged the second. A total of 275 Army players participated in the competition.