Govt should allocate funds for prevention of climate change: CPNE 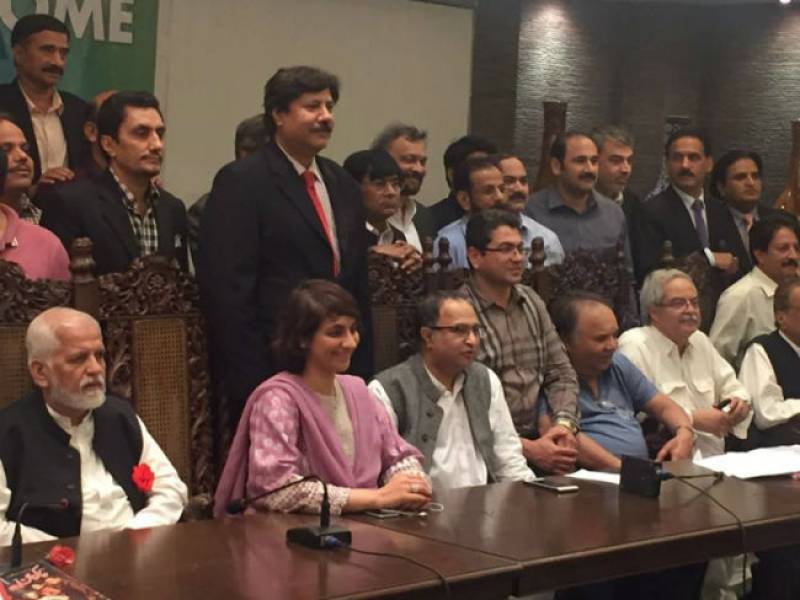 KARACHI - Council of Pakistan Newspaper Editors (CPNE) has demanded that the government should allocate funds for the prevention of climate Change.

At this moment, he also announced the establishment of CPNE Climate Change Desk and the award of the best story for the journalists of this beat. Dr Jabbar Khattak the Chairman Projects and Programs Committee said this in the Focus Group Discussion organised at CPNE Secretariat in collaboration with UNDP.

While clarifying the difference between Environmental and Climate Change, he said that for centuries humans have been polluting this planet and we identified this fact only a few decades ago, now it is the duty of the journalists to tackle this issue. He also demanded that government should allocate funds to counter this calamity and also spend it properly.

Prior to this, Coordinator, Mr Abdul Rahim Moosvi told the participants on the opinions of editor and journalists a guidebook would be developed for which will assist the journalists working on this topic.

Climate Change Consultant, Anis Danish and Rafiul Haq told that till date more than 2 lac people have died in Pakistan due to natural disasters, which happened due to climate change, we cannot mitigate these challenges until we allocate sufficient funds for climate change in our budget.