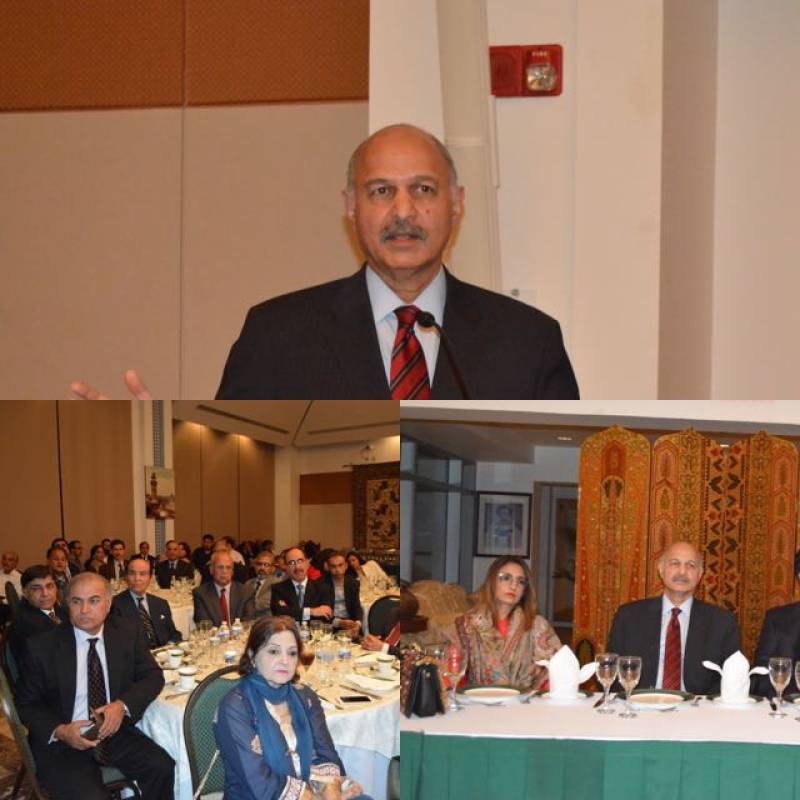 While addressing Pakistani & Kashmiri Diaspora at a dinner held in Pakistani Embassy, they briefed the audience about their extensive meetings with think thanks and various officials of US State Department promoting awareness about the latest freedom movement in Indian occupied Kashmir which is indigenous, popular, spontaneous and widespread.

Speaking on the occasion, Dr Shazra Mansab Ali said that Kashmir is the core dispute between India & Pakistan which cannot be denied under any circumstances. Infact, it is an internationally recognized disputed  territory as per UNSC resolutions. She demanded a right to fair and free plebiscite in IOK to ascertain will of the Kashmiri people.

She further mentioned that all the political parties are united in raising voice for innocent Kashmiris under the dynamic leadership of Prime Minister Nawaz Sharif who pleaded the case of Kashmir during 71st session of UNGA.

Senator Mushahid Hussain in his well-articulated address asserted that Kashmir dispute is not at all about territory but about giving innocent Kashmiris their due rights who are suffering in the hands of oppressive Indian forces.

He added that situation has become worse following the extra-judicial killing of a young Kashmiri freedom fighter Burhan Wani on 08 July 2016 which infused new vigour among young Kashmiri youth.

While highlighting US role in helping oppressed Muslims of Kosovo & Bosnia, Senator Mushahid Hussain called upon US to mediate for peaceful resolution of Kashmir issue as per aspirations of innocent Kashmiris.

Both the Envoys urged Pakistani and Kashmiri to play an extremely important role in this regard.