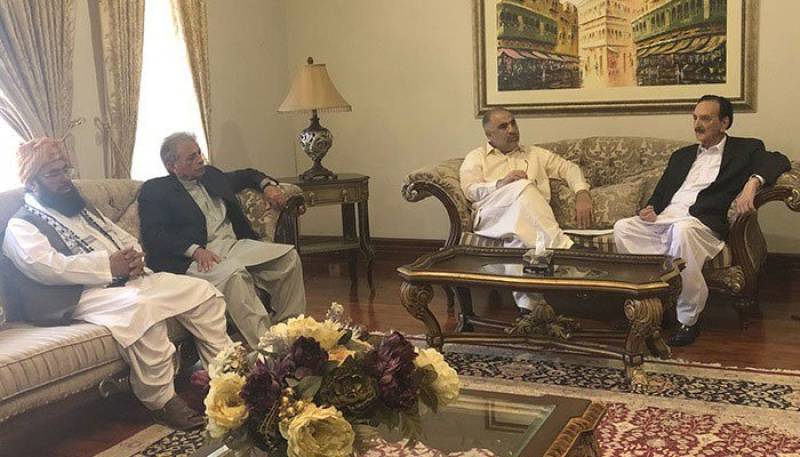 The requisition demands that a debate should be held in the Lower House of the parliament over the arrest of the leader of the opposition in National Assembly.

Talking to newsmen after the meeting, former speaker of the National Assembly Sardar Ayaz Sadiq lamented that before the conduction of any election or by-election, the leadership of the party gets arrested.

'We have asked the speaker to convene the session soon,' said Sadiq and added that the arrest was a bid to influence the elections.

The younger Sharif was detained by the anti-graft body at the accountability body’s Lahore office following a hearing in Punjab Saaf Pani Company.

He was produced before the NAB court judge Najam ul Hassan wherein the accountability watchdog would try to seek his remand for further probe.

The arrest of former Punjab chief minister followed shocking revelations of ex-principal secretary to PM, Fawad Hasan Fawad, who has become an approver in the cases against Shehbaz Sharif.