Saudi plane given to PM Imran for US visit not called back midway: Spokesman 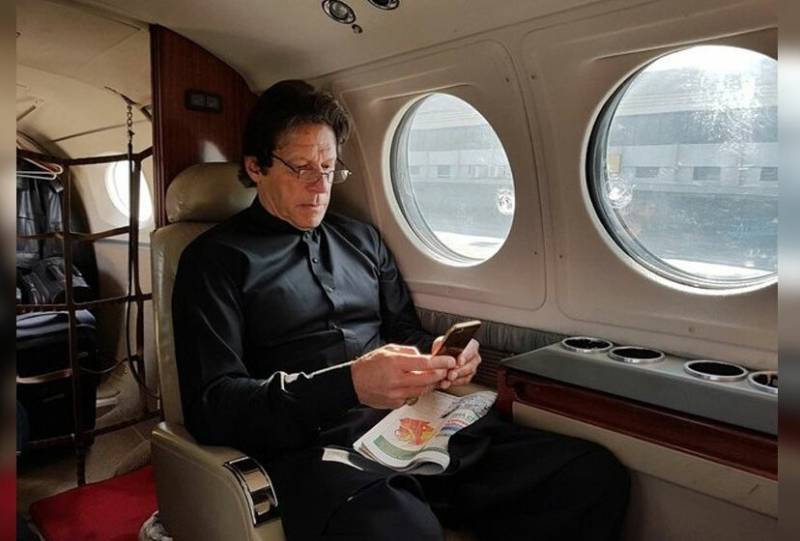 ISLAMABAD – A government spokesman Sunday categorically dismissed as utter fabrication a report published in a weekly magazine that the special plane given by Saudi Crown Prince Mohammad bin Salman to facilitate Prime Minister Imran Khan's visit was called back by him from Canada to New York during his travel back to the South Asian country.

"It is totally false and absolutely carries no truth whatsoever," the spokesman said in a statement, adding, the report also carried baseless and self created theory with respect to the prime minister's meetings with the leaders of Turkey and Malaysia in New York.

He said Pakistan and Saudi Arabian leaderships enjoyed most cordial and brotherly relations and only the people with vested interests would come up with such concocted and baseless assertions.

"The desperation of the opposition is evident by their attempt to sabotage brotherly relations enjoyed by the two Islamic countries," the spokesman remarked.

NEW YORK - The airplane carrying Prime Minister Imran Khan and his delegation made an emergency landing at the John F ...

The article attempted to undermine prime minister's hugely successful interaction with world leaders in New York mainly focusing on raising the plight of Kashmiris in the Indian occupied territory and his views on Islamophobia which were acclaimed worldwide and won hearts in the Muslim world.

The spokesman regretted that the article aimed at sabotaging Pakistan's core national interest of brotherly relations between the two countries for petty political gains.