Raheel Sharif not yet given NOC to lead military alliance: Khawaja Asif 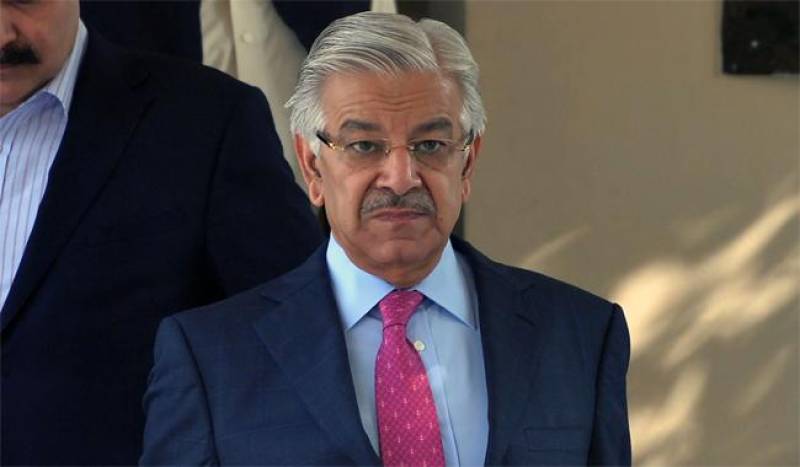 Talking to a news channel 92 on Thursday, he said that government has not issued any No Objection Certificate (NOC) so far to the former army chief, adding that only principal decision has been made in this regard as formal procedures are remaining.

He said that Saudi government had sought Sharif's services for which consent has been granted. It is undecided that when Raheel Sharif will go to Saudi Arabia to assume charge, Asif said.

Interestingly on April 3, Ambassador of Iran to Pakistan had expressed reservations over the issuance of "NOC" by the Pakistani government for appointing the former army chief.

Mehdi Honardoost said, “It was correct that Pakistan had contacted Iranian officials before issuing the NOC, but it did not indicate that Iran was satisfied with this decision or it had accepted the same,” stated a press release issued by the Iran`s official news outlet, Islamic Republic News Agency

The former army chief’s Saudi assignment to lead Islamic Military Alliance has been a matter of controversy in the media.

Talking about ties with Afghanistan, the defence minister said that Pakistan wanted better relations with neighbouring countries but India is a great hurdle on this way. Cross-border terrorism could be eliminated only by joint efforts of the both countries.

The internal problem of Afghanistan is so complicated that 16 countries which are there for 16 years, could not resolve it, he added.

He highlighted that Pakistan has taken control of every area by sacrificing precious lives of soldiers and public, adding, “We are determined to weed out the menace of terrorism completely”.

Pakistan has deployed around 200,000 troops, a strength which has not been appointed by any country, to tackle the terrorists, Asif said.

Highlighting the Kashmir issue, he added that peace cannot be restored in the region without resolving the issue of Kashmir as it has basic importance for the country’s foreign policy.