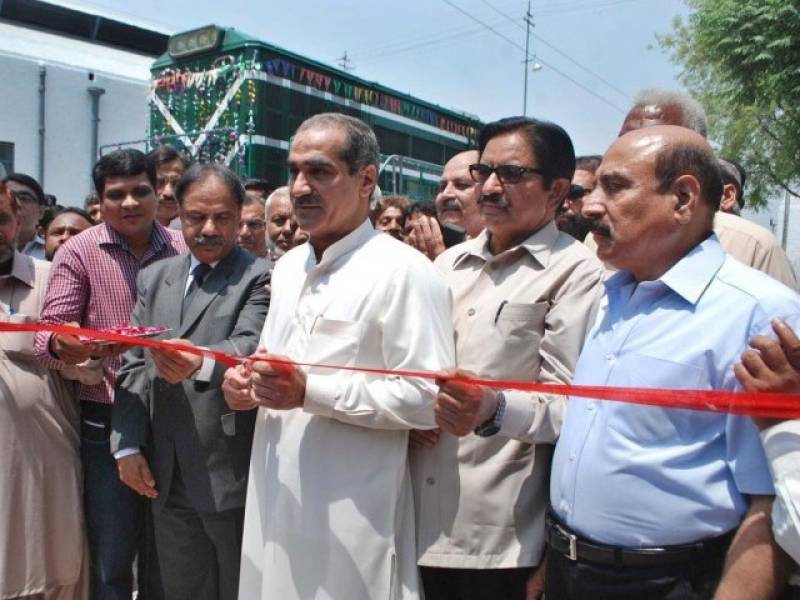 The court has summoned secretary Railways and board members along with audit reports in the next hearing.

During the hearing of the case on Saturday,  CJP remarked that the officers must reveal the causes behind this fraud.

'Why shouldn't we call the Minister for Railways, Khawaja Saad Rafique in the Supreme Court', he inquired.

Moreover, referring to Indian Railways Minister Lalu Prasad Yadav, the top judge said that he was an uneducated man but he made railways profitable and his theory is being taught at Harward University as well.

"In our country, tall claims of railways profitability have only been made in rallies while the real situation is not as good as claimed by politicians. This is not a kingdom where one can take whatever he wishes," the CJP remarked.

Meanwhile, the National Accountability Bureau (NAB) is preparing to take up several cases of corruption in Pakistan Railways. A team of NAB officials recently met Railways Secretary Perween Agha in Islamabad for consultations in this regard.

Railways minister while responding to remarks of the top judge, stated in his tweets that he never claimed profitability of Railways but the situation was far better than the previous condition of the department.

"We never told a lie to the nation in rallies, I am aggrieved over CJP's remarks," said the Minister.

He expressed that he could present himself for the briefing over the progress of Railways affirming that apex court will appreciate their efforts to make the rail journey more reliable for masses.