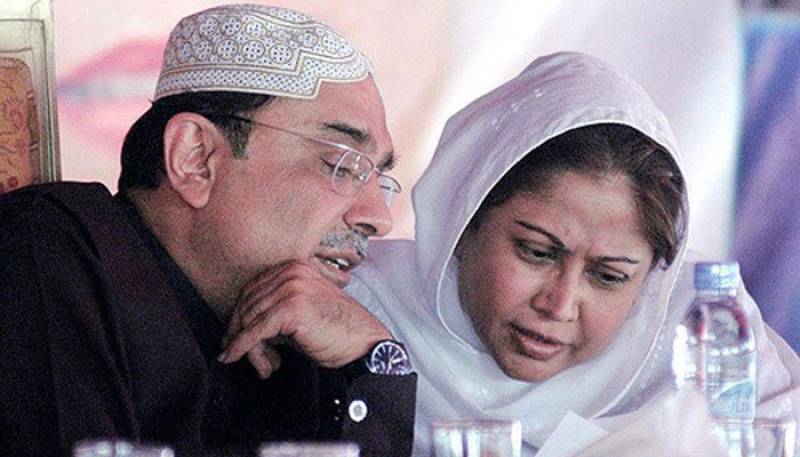 KARACHI - The interim bail of PPP co-chairman Asif Ali Zardari and his sister Faryal Talpur was extended by a banking court till January 23 in a case pertaining to money laundering of billions through fake bank accounts.

The senior PPP leadership appeared before the court as the interim bail granted to them ended today.

Earlier, the court had extended their pre-arrest bail till January 7 on December 21, 2018, in the mega money laundering and fake bank accounts case, reported Geo TV on Monday.

During the last hearing, the Federal Investigation Agency (FIA) had informed the court that a joint investigation team (JIT) probing the case had submitted its report in the Supreme Court and a decision was yet to be made.

However, Zardari's counsel Farooq H Naek had pointed out that until a final challan is not submitted there can be no headway in the case.

The FIA has not yet submitted a final challan in the case in the court.

The FIA is investigating 32 people in relation to money laundering from fictitious accounts, including Zardari and Talpur. Zardari’s close aide Hussain Lawai was arrested in July in connection with the probe.

Over 20 ‘benami’ accounts at some private banks were opened in 2013, 2014 and 2015 from where transactions worth billions of rupees were made, according to sources.