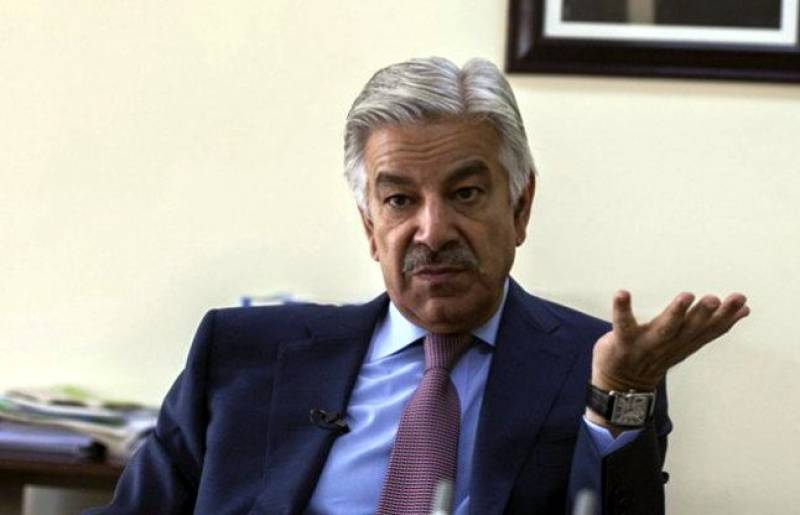 SIALKOT - Federal Minister for Defence Khawaja Asif has alleged India of supporting terrorism in Pakistan adding that the country’s defence was in strong hands owing to the efforts of incumbent government.

Talking to newsmen on Sunday, he expressed that the armed forces of Pakistan were fully capable of defending every nook and corner of their motherland.

He went on to allege that India was  creating tension on the borders through unprovoked firing along the Working Boundary and Line of Control (LoC).

The minister visited and expressed solidarity with villagers affected by Indian shelling on Kundanpur village in Sucheetgarh sector.

The law maker said Indian forces had committed almost 178 ceasefire violation at the LoC and the Working Boundary this year.

"India was diverting attention from its internal failures by creating tension on the borders. Killings of innocent people in held Kashmir had exposed the real face of India" he said.