No breakthrough expected in Pak-India relations during Modi tenure: Sartaj 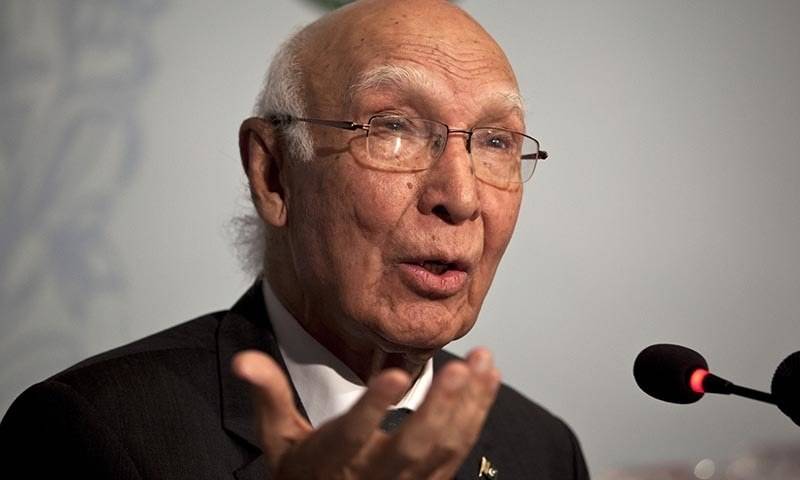 ISLAMABAD (Web Desk) - Adviser to Prime Minister on Foreign Affairs Sartaj Aziz Friday said that there could be no prospect of any discovery in the relations between Pakistan and India during Narendra Modi’s tenure.

Talking in a TV programme, the adviser said that Pakistan had been resisting the Indian hegemonic attitude in the region and had been calling the promotion of bilateral ties on equal basis.

He stated the joint sitting of the parliament had unanimously adopted a solution that encompassed all issues, including the condemnation of Indian brutalities in Occupied Kashmir, ceasefire violations at the Line of Control by India, negation of Indian views of IOK as its integral part, condemnation of Indian threat to revoke the Indus Waters Treaty and Indian intervention in Balochistan.

The adviser said the focal point of all these efforts was to show the world that entire Pakistan was united to condemn Indian brutalities in IOK and extend moral, diplomatic and political support to Kashmiri people.

Sartaj Aziz said during interactions at various platforms across the globe the majority viewed that the dialogue should resume between the two states.

To a question, he said there was no harm in sealing Pak-India border as planned by India, if the points of public movement and trade were maintained.