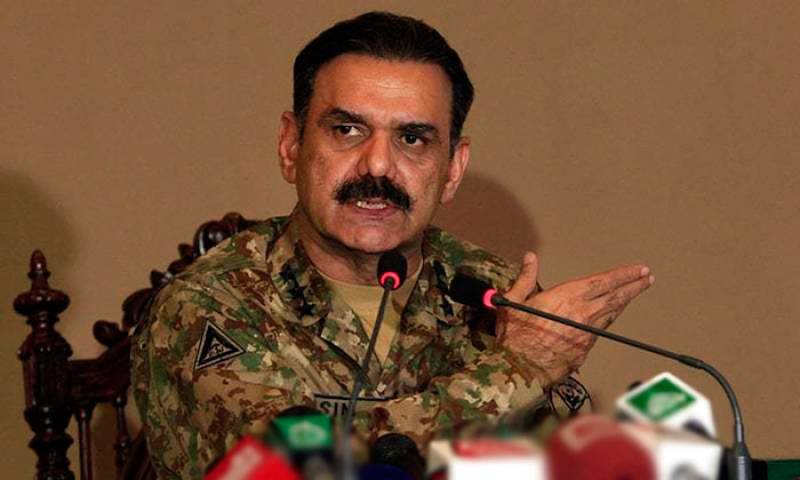 QUETTA - Lieutenant General Asim Saleem Bajwa has assumed the charge as Commander of the Southern Command  in Quetta.

A change of command ceremony was held at command headquarters on Friday where outgoing Lieutenant General Aamir Riaz handed over command baton to Bajwa. However, General Riaz will hold the command of the Lahore Corps.

Speaking at the ceremony, General Riaz said that security situation in the province has improved with the joint efforts of civil and military leadership.

Some challenges are still prevailing in the province, he said, adding that efforts were being made to tackle them. Referring to the recent attack on the shrine in Jhal Magsi, the General said that the enemy was hitting soft targets to harm Pakistan.

Express Tribune quoted Riaz as saying, “Though we are passing through a war-like situation, we are determined not to give up and fight against the elements, who wanted to harm our country”.

He also urged the annoyed elements of the province to be part of the mainstream, adding that the government will welcome them if they leave anti-state activities.

It is important to mention here that Asim Bajwa remained DG ISPR till December 2016 and later he was posted as the Inspector General of the Arms Branch by Chief of Army Staff Gen Qamar Javed Bajwa.