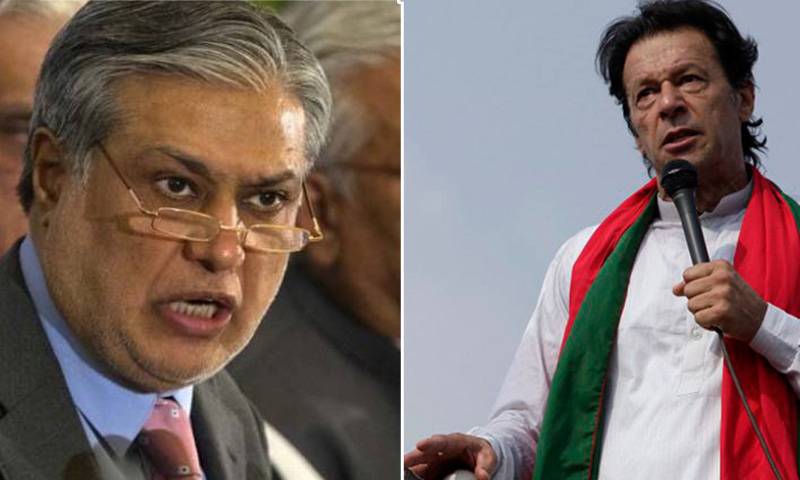 ISLAMABAD (Web Desk/APP) - Minister for Finance Mohammad Ishaq Dar has taken a strong exception to the statement of Chairman of Pakistan Tehreek-i-Insaf (PTI) Imran Khan wherein he had levelled serious allegations against Chairman Federal Board of Revenue (FBR).

In a statement issued by the Ministry of Finance here Wednesday, the minister termed the allegations as totally false and fabricated as Imran Khan has not provided any evidence to support his allegations.

Ishaq Dar said that the chairman FBR was known for his hard work, integrity and honesty, adding that it was unfortunate that without any evidence, Imran Khan has attempted to tarnish the image of an officer who has shown remarkable performance in revenue collection in the country.

He said the revenue collection in the country has increased by 60 percent during last three years of Pakistan Muslim League (N) government as opposed to 3.38 percent growth for year 2012-13.

The minister further said that such baseless statements and allegations can only lead to demoralizing the employees of the FBR and affect efficiency of the organization.

Ishaq Dar expressed full confidence in the team leadership of the FBR and expressed the hope that before leveling such unfounded allegations, Imran Khan will consider the adverse impact of such statements not only on the individual’s reputation but also on national institutions.

PTI supremo Imran had termed FBR as the B team of PML-N.