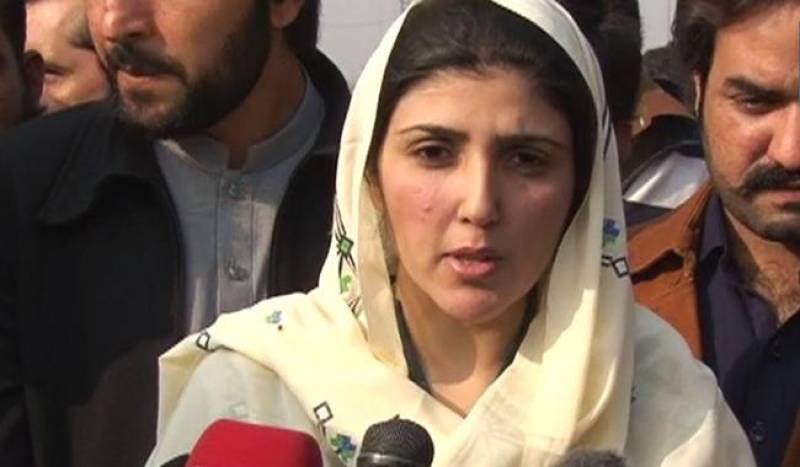 ISLAMABAD - Member National Assembly (MNA) Ayesha Gulalai on Thursday appeared before the Election Commission of Pakistan (ECP) and sought time in order to hire the services of a lawyer to represent her in a reference that was filed to de-seat her from the National Assembly.

She said Imran Khan has no right to expel her from the party, adding that she hasn't quit the PTI and doesn’t intend to leave it, the politician said while speaking to media outside the ECP.

Former PTI leader claimed that some PTI workers are in contact with her and has assured her of their support as PTI is not the property of Imran Niazi.

MNA said the PTI workers have asked her to lead them as they have lost confidence in PTI chief Imran Khan.

Gulalai referred to PTI chairman as Imran Niazi and person of bad character who she said invites feudal lords to the stage during rallies attended by middle class and the poor.

“Politics of bringing corrupt feudal lords and politicians into the party fold, misappropriating hospital funds and forgetting old party workers will not do anymore” said the lawmaker.-Online