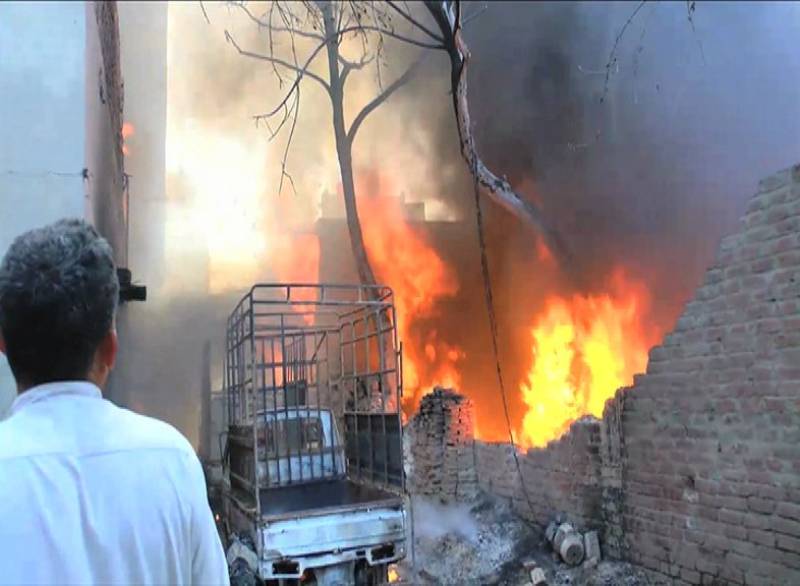 Fire brigades have reached the spot to extinguish the fire, while no causalities have been reported so far. Due to the intensity of the blaze, rescue officials have evacuated the surrounding houses. 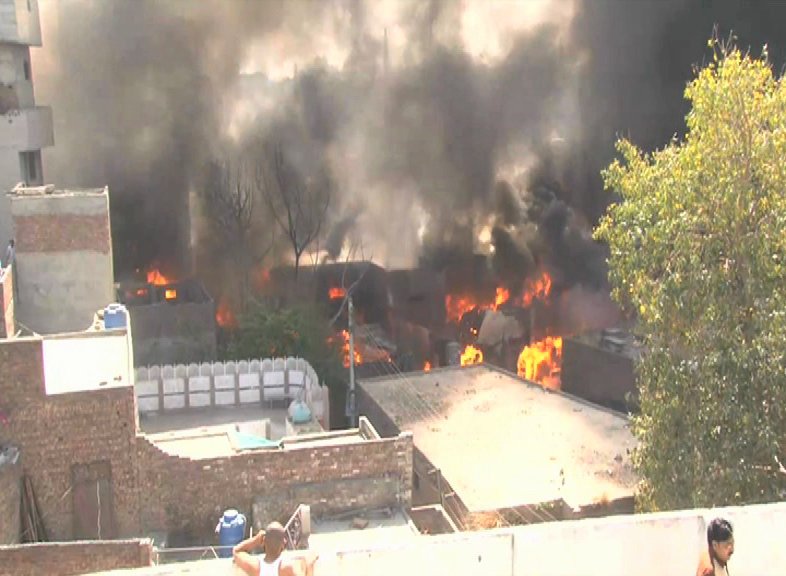 According to reports, the blaze erupted at 7:00pm after which the labourers tried to extinguish it themselves, but remained unsuccessful as it engulfed the two surrounding homes.

In February last year, at least eight people including labour and rescue officials were injured as a fire engulfed a shoe factory at Ravi Road in Lahore. The blaze was brought under control after several hours efforts.