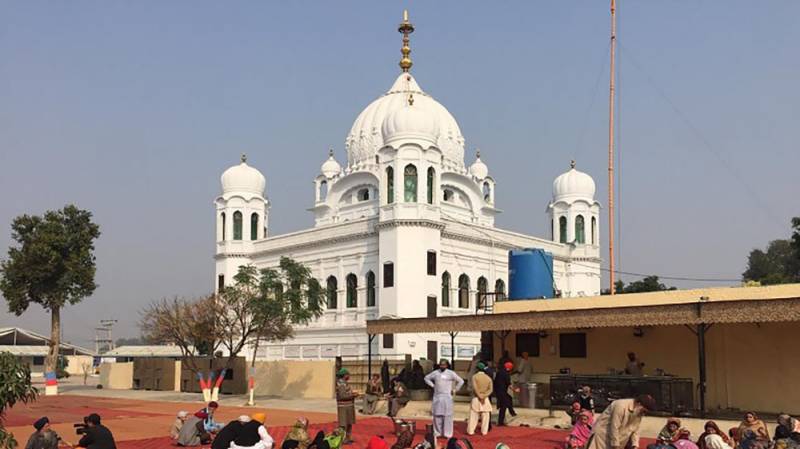 ISLAMABAD - Pakistan agreed to India's proposal for a meeting between technical experts from both sides on the Kartarpur Corridor on April 16, Foreign Office spokesperson confirmed on Monday.

Continuing with #Pakistan’s spirit of constructive engagement, we have agreed to the Indian proposal for a technical meeting on 16 April. We expect positivity from #India so that the corridor becomes reality for 550th celebrations. #PakistanKartarpurSpirit

The development comes days after new Delhi postponed a Kartarpur meeting scheduled on April 2 on the Pakistani side.

While announcing its decision to postpone the meeting, India had said it had "sought clarifications from Pakistan on key proposals put forward by India at the last meeting held in Attari to discuss the modalities of the Kartarpur Sahib Corridor".

The statement by the Ministry of External Affairs had added that "the next meeting on the modalities can be scheduled at an appropriate time after receiving Pakistan’s response".

"Government of India remains committed to realise the long pending demand of the Indian pilgrims to visit the holy Gurudwara Kartarpur Sahib using the Corridor in a safe, secure, smooth and easy manner," MEA had stated in a communique on March 29.

On the other hand, Pakistan had regretted India's decision, saying: "Last minute postponement without seeking views from Pakistan and especially after the productive technical meeting on March 19 is incomprehensible."

The Kartarpur Corridor is expected to provide visa-free access to Indian Sikh pilgrims to the Gurdwara in Kartarpur Sahib located in Narowal where Sikhism founder Baba Guru Nanak spent the last 18 years of his life. The Gurdwara holds religious importance for Sikhs mainly based in India and other parts of the world.

The corridor is planned to be opened for Sikh pilgrims this year in commemoration of the 550th birth anniversary of Baba Guru Nanak for which the groundbreaking on the Pakistani side was performed by Prime Minister Imran Khan on Nov 28, 2018.