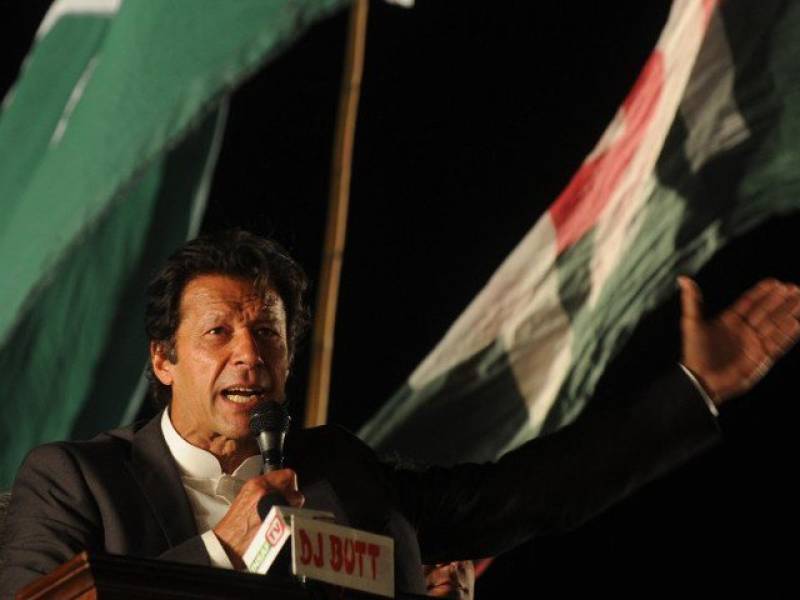 ISLAMABAD - PTI chief Imran Khan on Tuesday directed his party workers to gear up for the general elections as he anticipates them earlier.

Speaking to media following a party meeting on Tuesday, the PTI chief said the PML-N had a golden opportunity to distance itself from the Sharif family but it chose otherwise.

"The course opted by the ousted prime minister Nawaz Sharif only leads to early elections," Khan claimed. He also announced that PTI will begin its election campaign on August 14. "We will also announce our candidates for the elections," he said.

"What message are you trying to convey to the people by rallying through the Grand Trunk road?" he asked Nawaz.

"The Sharifs are trying to pressurise the National Accountability Bureau (NAB), but that will not happen," Khan alleged.

Criticising Nawaz's decision to rally on the GT Road, he asked: "they [PML-N] used to accuse us of attempting to derail democracy [with our sit-ins] but what are they doing themselves? Is this not an attempt to derail democracy?"

"I would have given them some tips on how to live in containers if they had been going for something good," Khan quipped, before alleging that Nawaz and his supporters "are heading out to destroy institutions."

"They [the PML-N] are ruling in the centre and in Punjab, then who are they protesting against?" Khan asked, reminding Sharif that the unanimous Panamagate decision came out after weeks of investigation.

"You are trying to imply that the military is not letting democracy continue although the army chief has clearly stated that they stand with the Constitution."

"By taking to the streets, the PML-N is trying to give the impression that the law is different for the powerful and the weak," Khan alleged.

Alleging that the protest comprised people 'rented' by government officers and PML-N, Khan said that it will thin out in few hours.

"I challenge them to pull out 10, 20 per cent of the number of people that came to the Parade Ground jalsa on a 48-hour notice," he said.

Imran Khan announced that he will hold a huge political rally with Sheikh Rasheed in the coming days in Rawalpindi. He also expressed support for Dr Tahir-ul-Qadri.