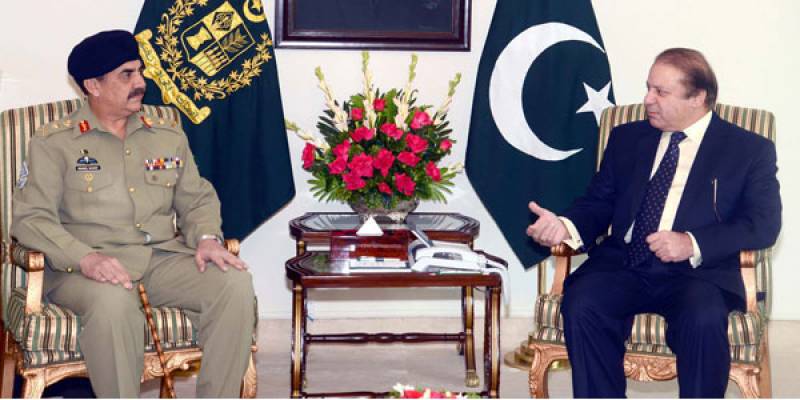 According to a statement both leaders agreed to continue implementing the policies devised about national security and regional peace.

During the meeting Janjua briefed the national leadership about his recent meeting with Indian counterpart Ajit Doval in Bangkok.

It is pertinent to be mentioned here that Indian Foreign Minister Sushma Swaraj and Afghan President Ashraf Ghani are due to arrive in Islamabad to attend the 6th ministerial meeting of Heart of Asia-Istanbul Process which began earlier this day.

The two leaders will also hold meetings with top Pakistani leadership during the tours.