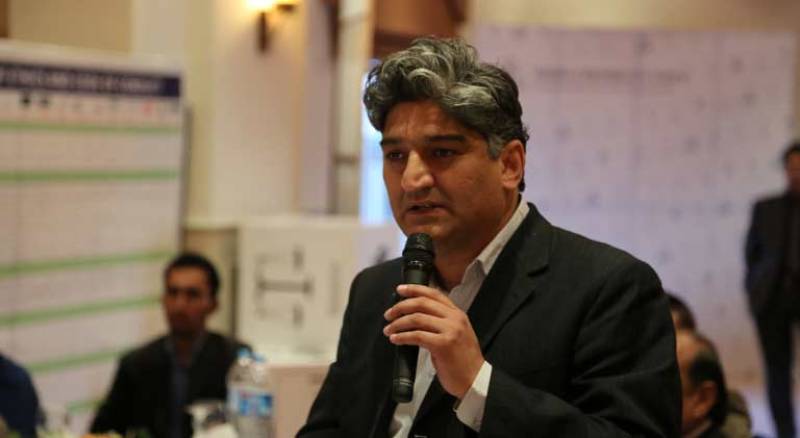 ISLAMABAD - A group of working journalists associated with Waqt News including one of its renowned anchors Matiullah Jan was assaulted inside the office of federal ombudsperson in Islamabad on Thursday.

According to a series of tweets by Nawa-i-Waqt Group Editor Rameeza Nizami, the Waqt News staff recorded an interview of Kashmala Tariq, serving as federal ombudsperson on protection against harassment of women at workplace, however, as the staff tried to get out of her office, it was not allowed to do so.

Footage of @Matiullahjan919 and @Waqtnewstv team being forced back into Ms Kashmala Tariq’s office, as they try to leave. The police, as you can see, seems rather helpless. I think they have been restrained by Ms Kashmala’s staff along with our team. pic.twitter.com/Yt6syDlSkp

Sharing a few videos showing how the Waqt News staff was manhandled, Rameeza revealed that Kashmala Tariq, who recently took the oath of her office directed her staff to seize the team’s telephones, camera equipment, and footage of the interview.

Nizami claimed that the police officials on the spot were allegedly restrained by the staff of Federal Ombudsperson to intervene and settle the dispute.

The Waqt News head claimed that the interview was presented to Kashmala Tariq for review, even then she ordered the team that it 'will not leave with the footage'.

Ms Kashmala Tariq was invited to even review the interview, and to see if she found any content objectionable. Yet, she ordered that the team “will not leave with the footage”. On refusal to hand over video, she ordered her staff to attack our team and forcefully take the footage

Decrying how the people in power abhor being questioned, Rameeza Nizami claimed that even after two hours, the Waqt News crew was not allowed to leave the office.

@Matiullahjan919 and @Waqtnewstv team now locked up in an office in Ms Kashmala Tariq’s office. They are not being allowed to leave, after being attacked, and repeatedly asked to hand over footage. Ms Kashmala’s team have also now attacked other reporters at the scene with chairs pic.twitter.com/GpDxcUa2j3