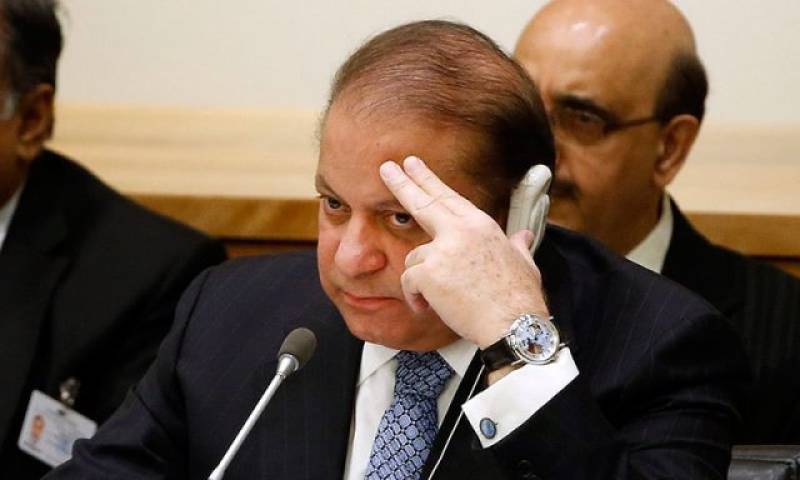 ISLAMABAD - The Islamabad High Court (IHC) on Thursday admitted for hearing a petition seeking contempt of court proceedings against former prime minister Nawaz Sharif for his alleged derogatory remarks against the judiciary.

A single bench comprising Justice Aamer Farooq gave approval for the petition which states that Sharif has been uttering, issuing statements against the judiciary. The petitioner said these statements were, prima facie, amounted to committing contempt of court.

Justice Farooq had reserved the decision regarding admissibility of the peition after it was filed on February 26.

The court verdict states the Constitution of Pakistan does not allow anyone to violate laws and code of conduct. The court admitting the plea sought reply from Information secretary, Pakistan Electronic Media Regulatory Authority (Pemra) and Press Council of Pakistan until April 19.

The former prime minister and other leaders of the Pakistan Muslim League-Nawaz (PML-N), including Maryam Nawaz, have been expressed concerns over the court decisions following the disqualification of Sharif in the panamagate verdict.

ISLAMABAD - The Supreme Court of Pakistan on Thursday announced to indict Minister of State for Interior Affairs Tallal ...

Recently, the Supreme Court took suo motu notice of anti-judiciary rant by Interior Minister for State Tallal Chaudhry and Daniyal Aziz and summoned both of them. The apex court has announced to indict Chaudhry on March 14 in the contempt case.