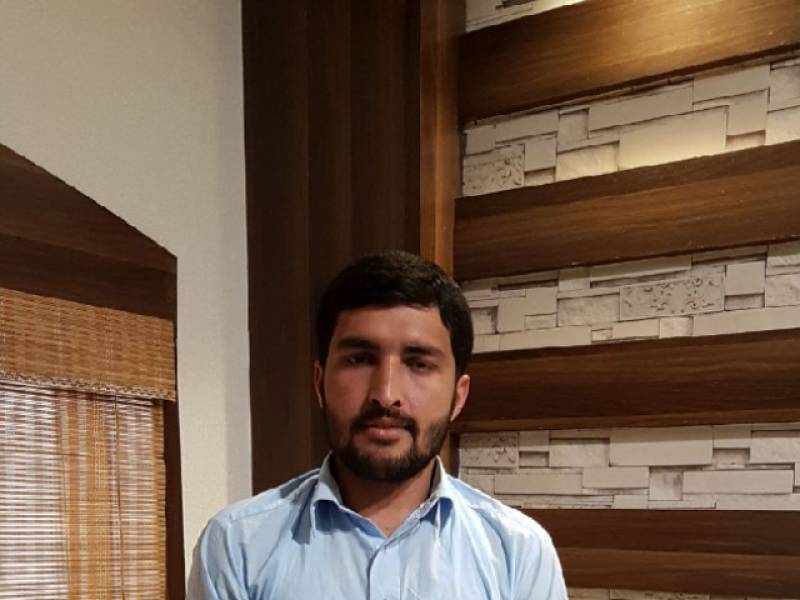 PESHAWAR - The principal accused in the Mashal Khan lynching case, Arif Khan who happens to be Pakistan Tehreek-e-Insaf’s counselor was taken into custody by Khyber-Pakhtunkhwa (KP) Police on Thursday.

The raid was conducted on an intelligence tip-off and a special police team apprehended Arif from Link Road Mardan where he was hiding, Express Tribune reported.

The arrest came a month after an anti-terrorism court in Abbottabad awarded death sentence to one and 25-year-prison to five others in the Mashal Khan murder case.

The judge at Haripur Central Jail, Fazale Subhan Khan exonerated 26 out of 57 accused in the Mardan lynching case.

“No conclusive evidence is brought on record against them and at the same time they were not found to have played any overt act in the lynching of Mashal Khan whereas though identified in the videos/PFSA report, they could only be seen standing in the mob or making videos, therefore, they are acquitted of all charges leveled against them and it is directed that they shall be released forthwith if not required in any other case,” the judgement read.

In late February, the Peshawar High Court circuit bench in Abbottabad suspended the conviction of 25 suspects.

A two-judge bench gave this order on appeals filed by the suspects and also ordered their release on bail.

Muhammad Mashal Khan, a student of mass communication at Abdul Wali Khan University in Mardan was lynched and killed by an angry mob in the premises of the University last year after being alleged of blasphemy.

The chief justice of Pakistan Mian Saqib Nisar had also taken a suo-moto notice of the incident.