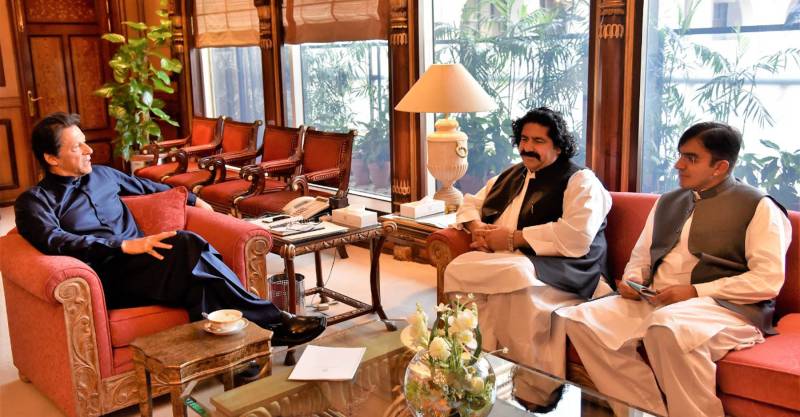 ISLAMABAD – Two parliamentarians Mohsin Dawar and Ali Wazir Sunday were granted one-time permission, on Prime Minister Imran Khan's instruction, to visit Kabul for Ashraf Ghani's oath-taking ceremony, after they were stopped for being on no-fly list.

Earlier, the lawmakers of Pashtun Tahaffuz Movement were barred by the Federal Investigation Agency to visit Kabul for being on the Exit Control List.

However, Special Assistant to the Prime Minister on Accountability Shahzad Akbar said in a tweet that the prime minister had instructed the interior ministry to grant them one time permission to travel to Kabul for attending the oath taking ceremony of Ashraf Ghani who won the recently held election in Afghanistan.

Following the prime minister's directive, the interior ministry granted them the one-time permission to travel abroad, the SAPM added.