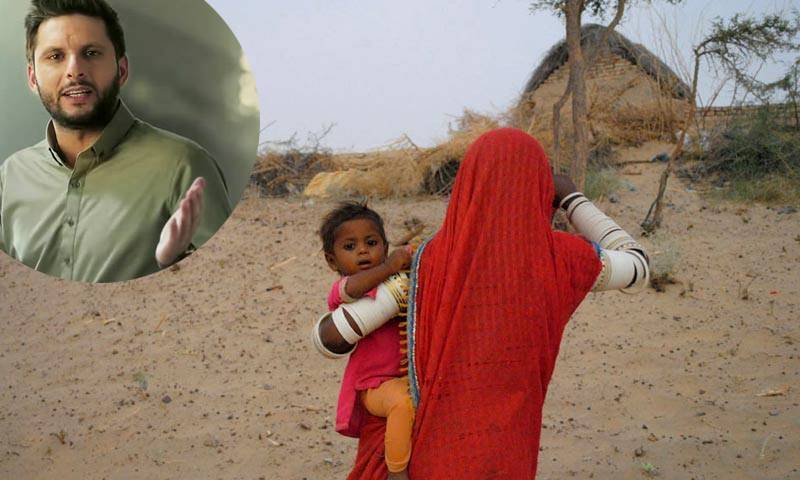 The Foundation will donate sufficient funds for a 100-bed maternity ward in the hospital, Afridi said in a media talk here on Monday.

The announcement comes weeks after the Shahid Afridi Foundation (SAF) and Thar Foundation (TF) had agreed to explore areas to work together for the region of Thar.

The former T20 skipper and social worker along with senior officials of SAF visited the head office of Sindh Engro Coal Mining Company (SECMC) and discussed options for future collaboration between two organisations.

The TF is already working in District Tharparker through different interventions in Health, Education, drinking water and Livelihood sectors.

“[The] Thar Foundation looks forward to a productive collaboration between the two foundations in the areas of health, education, and livelihood for the people of Thar - and that’s what is our Thar Dream,” Shamsuddin Shaikh SECMC chief executive officer had said during a briefing to the visiting delegation about TF’s interventions in areas of Health, Education and safe drinking water, cultural preservation and promotion.

For the last few years, Tharparkar district has been witnessing unabated deaths of newborns and the toll is rising, having hit by a deadly famine.

The health facilities in the district lack adequate quantity of medicines and number of equipment to deal with the issue.

The crisis is caused by maladministration and mismanagement on the part of the federal, provincial and district authorities.

Over 1.5 million people of Thar mainly depend on farming during rains but drought has badly affected the sector. Livestock rearing is their other major livelihood with an estimated 6.5 million cattle head present in the district.

Inadequate rainfall coupled with a lack of food and health facilities for the people and their animals had badly been affecting both livelihoods over the past few years.

Infant mortality has been on the rise over the last three-four years and among the reason are unavailability of medical officers and proper treatment facilities to the people.

The Sindh government had announced a plan to set up a teaching hospital and college in Mithi but there was no progress so far in the implementation of the plan.