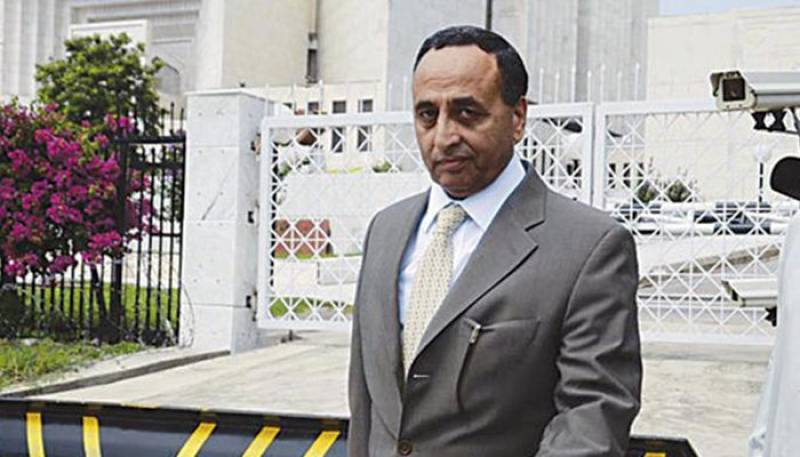 ISLAMABAD - The Supreme Court of Pakistan has ordered an inquiry against the former aviation head Shujaat Azeem, directing to place his name on the Exit Control List (ECL).

The directives were issued by the Chief Justice of Pakistan, Mian Saqib Nisar on Tuesday over Azeem's alleged mismanagement in handling affairs of the Pakistan International Airlines (PIA).

Addressing Abbasi, the chief justice remarked that the PIA did not suffer loss in his tenure, but directed him to review what has happened at the organisation.

The chief justice was briefed about the financial misappropriations of national flag carrier by economist Dr Farrukh Saleem, following which the chief justice referred to Shujaat Azeem and remarked that it was in his tenure that the major loss had occurred.

Upon this, Azeem said the airline did not suffer a loss under his chair, to which the chief justice wondered whether angels descended down and consumed billions of rupees.

"The court is well aware how and why Azeem was made the aviation chief," observed the chief justice.

Besides imposing travel restrictions, Azeem - who is the brother of Pakistan's High Commissioner to Canada Tariq Azim Khan - was directed to submit a written response as well.

Moreover, the court ordered the National Accountability Bureau to file a reference against him after holding an inquiry.

During the ongoing stint of ruling Pakistan Muslim League Nawaz, Azeem served as the prime minister's aviation adviser as well as a special assistant on aviation but had to relinquish charge from both posts after the apex court's intervention.

Earlier at the outset of the hearing, the chief justice vowed not to spare those who damaged PIA.

All the former managing directors (MD) of the airline were present in court today.