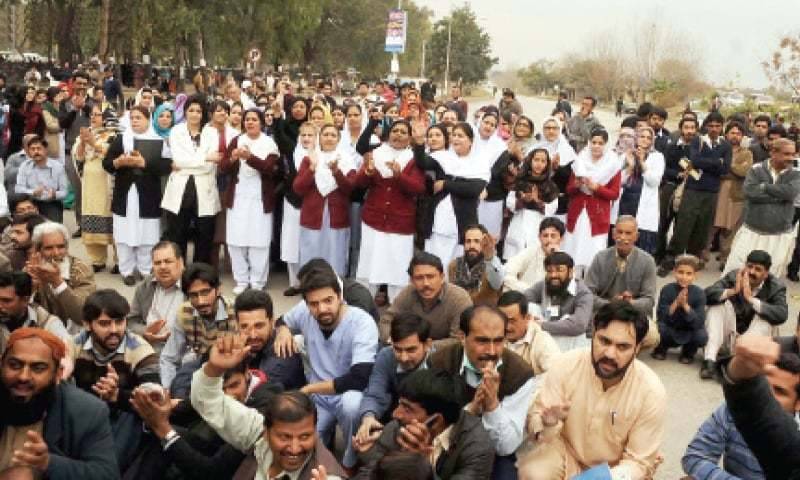 Police used resorted to baton charge when they were trying to march towards the Prime Minister’s Secretariat.

The doctors and paramedical staff are on strike against the freezing of their risk health allowance .

Three to four doctors have been detained by the police.

OPDs in major hospitals of the federal capital are closed ,causing difficulties for patients.

It is pertinent to mention here that the risk health allowance had been approved by PPP government in 2012 but was frozen by the incumbent PML-N government.

Protesting doctors and paramedical staff said they would continue their strike until acceptance of their demand.