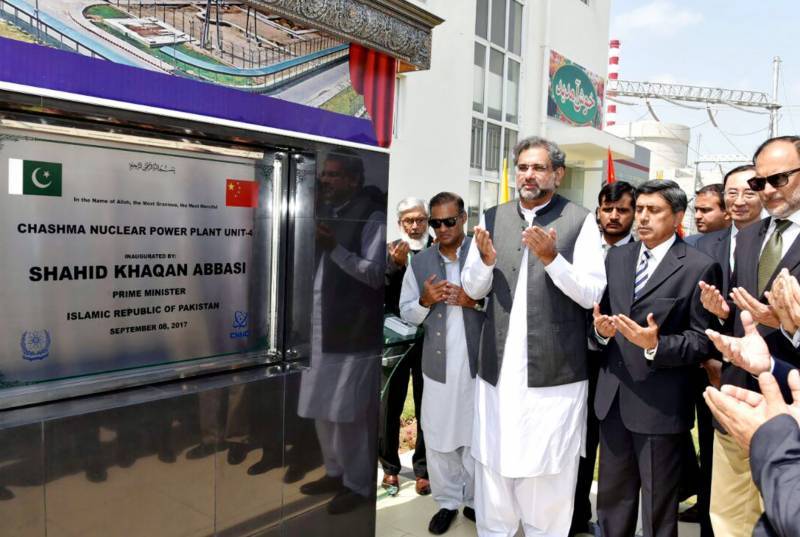 The Chashma nuclear power project units C-1, C-2 and C-3 have been successfully contributing to the national grid since 2000, 2011 and 2016 respectively, reports Radio Pakistan.

Two large sized nuclear power plants, K-2 and K-3 are under construction near Karachi and are scheduled to be operational in 2020 and 2021 respectively.

They will add 2,200MW electricity to the national grid. Addressing the inauguration ceremony, PM Abbasi said that the project would help the country's energy problem.

The premier said that the nuclear plants produce economical electricity; more power generation projects would be launched in Chashma and Muzaffarabad areas, he added.

The prime minister thanked the government of China for their cooperation and said that the projects could not be completed without the support of Chinese people and the government.

He was of the view that the government would be able to eliminate loadshedding after November this year.